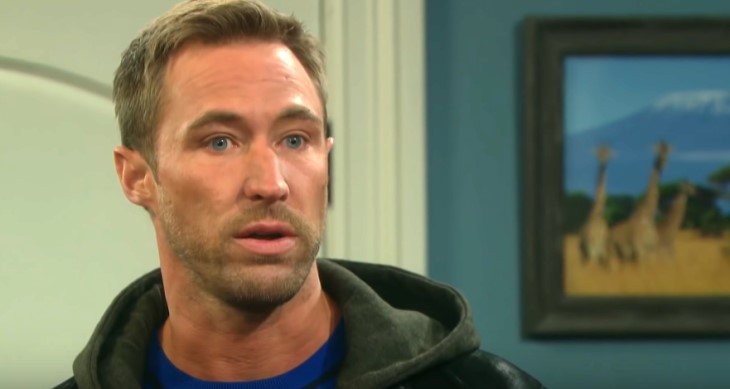 Days of Our Lives spoilers confirm Rex Brady (Kyle Lowder) returns to Salem. However, what would bring him back, especially after his hostile and angry exit? There are a few different possibilities. Let’s go through them while we wait for the character to come back.

Days of Our Lives Spoilers – Coming Back For Revenge

DOOL spoilers reveal that when Rex left Salem, it was because he had been betrayed and hurt by the woman he loved. The truth finally came out when Rex and Sarah were in bed together. He told Sarah that he loved her and she responded by saying,

Before he left, Rex had some pretty harsh words and some might have even called it a tad threatening. Of course, he seemed to ignore the fact that he’s the one who had a secret baby with Mimi Lockhart (formerly Farah Fath).

It is speculated that one reason Rex might come back is that he’s never gotten over Sarah. He has loved her for a long time and worked overtime trying to win her back after the Mimi reveal. Could it be possible that Sarah will be in another love triangle, this time between Xander Cook Kiriakis (Paul Telfer) and Rex?

Days of Our Lives spoilers reveal that the truth is about to come out regarding Mackenzie “Mickey” Horton’s (the May twins) real parents. It is assumed that the child belongs to Brady Black (Eric Martsolf) and Kristen DiMera (Stacy Haiduk). However, that can’t be confirmed until they do a DNA test without someone interfering with the results.

Could it be possible that somehow, Rex is the biological father and the mother is really Sarah? It’s a stretch, but some fans believe it could happen.

Of course, the reason for Rex’s return could have nothing to do with Sarah. He might simply come back to see his family. Remember, he’s a Brady, which means he’s literally related to half of Salem.

No appearance date has been released for Rex Brady yet. However, we do see him in the spring preview clip. No major clues were revealed, just him talking on the phone with someone. We will just have to wait and see when he shows up and what his storyline could be.