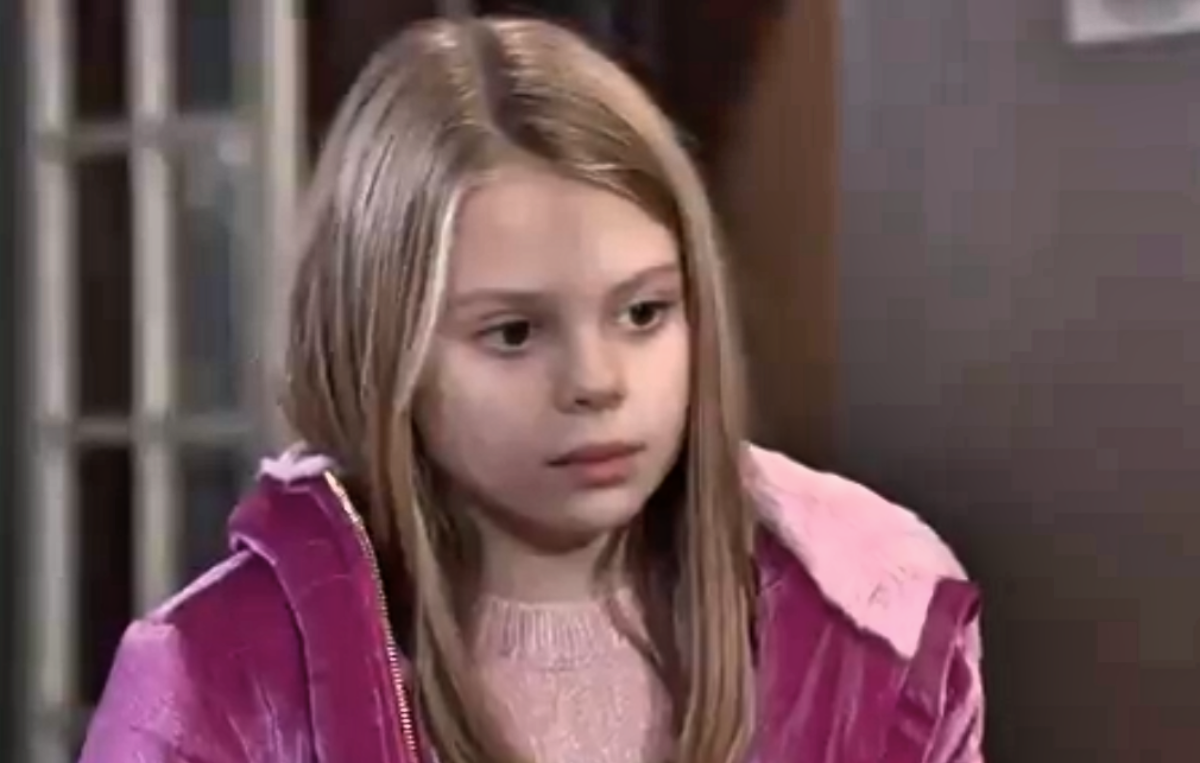 General Hospital spoilers tease that when Lulu Spencer (Emme Rylan) arrives to pick up Charlotte Cassadine (Scarlett Fernandez) from Nina Reeves, (Cynthia Watros) who has been taking care of her, she’ll try to reason with Lulu about Charlotte having lost too much already and try to get her to dial down her efforts to push for full custody, in an upcoming episode of GH!

Nina knows that the only reason she was allowed to take care of Charlotte the remainder of Valentin’s week was that Valentin Cassadine (James Patrick Stuart) is in the Port Charles Police Department jail. Nina didn’t go through with her marriage from Valentin, and she has no legal standing to try and keep Charlotte in her own life. 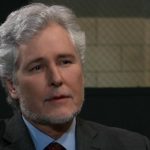 Even when they were married, as a stepmother and not the child’s natural mother, the courts would likely favor Lulu in a situation with Valentin in jail or prison. It would be even less favorable for Valentin to retain any rights at all with him in jail or prison, and that’s exactly what Lulu is counting on her decision to fight for full custody of Charlotte now, while she has that advantage! But if she does win her custody case, given the dislike that Lulu has for Nina, she will likely never see Charlotte again!

General Hospital viewers will recall that when Curtis Ashford (Donnell Turner) checked in on Nina, she told him that Charlotte had kept asking her about her “papa” and that she was missing him terribly!

The child has already endured losing Valentin at least one time in her young life, when she was being cared for only by her surrogate mother, Claudette Beaulieu (Bree Williamson) and then losing her when Valentin took over full time care again, although she remembered and recognized him when he did. It will be Charlotte’s missing Valentin and her countless questions about him that she will focus on in her pitch to Lulu.

General Hospital Spoilers:Charlotte Cassadine Has Lost Too Much Already

Nina will try to get Lulu to reconsider pushing for full custody of Charlotte, focusing on Charlotte’s needs, not just Lulu’s wants! Nina is a very important person in Charlotte’s life, and a mother figure if not a mother in the legal sense, and Nina gives Charlotte a connection, albeit a rather tenuous one, to her father Valentin. Since the outcome is not known whether Valentin will be released even on bail awaiting trial, or where he will live since Nikolas Cassadine (Marcus Coloma) has already staked claim to Wyndemere, that means Charlotte has not only lost her father, but her home!

It would be simply cruel to the child for Lulu to suddenly, forcibly, break all those emotional ties that Charlotte holds to her father, her home, and Nina herself, although Lulu will likely come back with Valentin doing the same thing to Spencer Cassadine (Nicolas J. Bechtel), which is still not fair to Charlotte! Nina will say two wrongs don’t make a right!