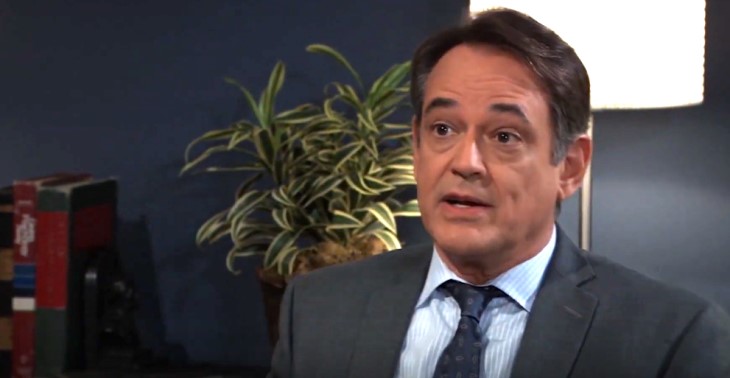 General Hospital (GH) spoilers have some great news to pass on about a popular GH star. Jon Lindstrom, who portrays Ryan Chamberlain and Kevin Collins on the ABC soap, recently shared some of his travels with his Instagram followers, and as it turned out, he was traveling for work. Specifically, he was in New York City filming an episode of the CBS jury consulting drama Bull.

We should note that Jon’s journey began before the Coronavirus pandemic really took hold. He shared several photographs of himself traveling and in New York City on his Instagram feed while sharing that he was there for work. 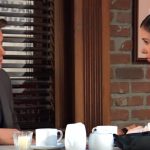 Back on March 2, he shared a photo of himself on a plane, along with the following message: “Sometimes, right out of the blue, you get a sweet last-minute offer and have to hop a plane to NYC. #working #secretshow #ilovemyjob #gh #actorslife #howitshouldbe.”

Then, after several posts detailing some of his sight-seeing adventures in NYC, he posted a photo of himself with Freedom Tower in the background, along with the following caption: “Atzawrap NY! One last look at the Freedom Tower. Thanks to the A-list team at ‘Bull’ for a stellar time. #MichaelWeatherly @freddyrodriguezofficial @mackenziemeehanactor #DennisSmith #BethanyRooney & the 1st rate cast & crew that made it all so easy and nuthin’ but FUN! @bullcbs #bullcbs @generalhospitalabc #gh.”

There’s currently no word on when Jon’s episode of Bull will air, but it will be great to see him on the popular show – but will his character be more like the evil Ryan Chamberlain, or more like the even-tempered nice guy, Kevin Collins? We’ll all have to wait to see when the episode finally airs.

Jon’s fans were thrilled with the news about his appearance on Bull. One of his followers commented: “Omg so excited to see u on it!!!” And in reaction to one of Jon’s photos of himself in NYC, another person said: “Love the show Bull! Great photo! New York is absolutely beautiful!”

And of course, many of Jon’s followers responded that they were looking forward to seeing him pop up again on GH. Now that Cyrus Renault (Jeff Kober) has settled in at Pentonville, one wonders if he’ll ever share airspace with Ryan. That could make for some interesting drama – Ryan vs. Cyrus. Or maybe the men would actually admire each other for their respective crimes – who knows?

General Hospital Spoilers: Will Nina Find a Way to Get Maxie Back or Is She Lost to Deception for Good? https://t.co/21FwEDkvxo pic.twitter.com/aRj6gtAhoT

At any rate, Jon’s fans have something great to look forward to in the future. Be sure to keep an eye out for his appearance on Bull and watch Jon’s feed for updates on when his episode may air.

Are you looking forward to seeing Jon appear on Bull? Remember that CDL is your source for the latest General Hospital spoilers and news. And be sure to stay tuned to the ABC soap!