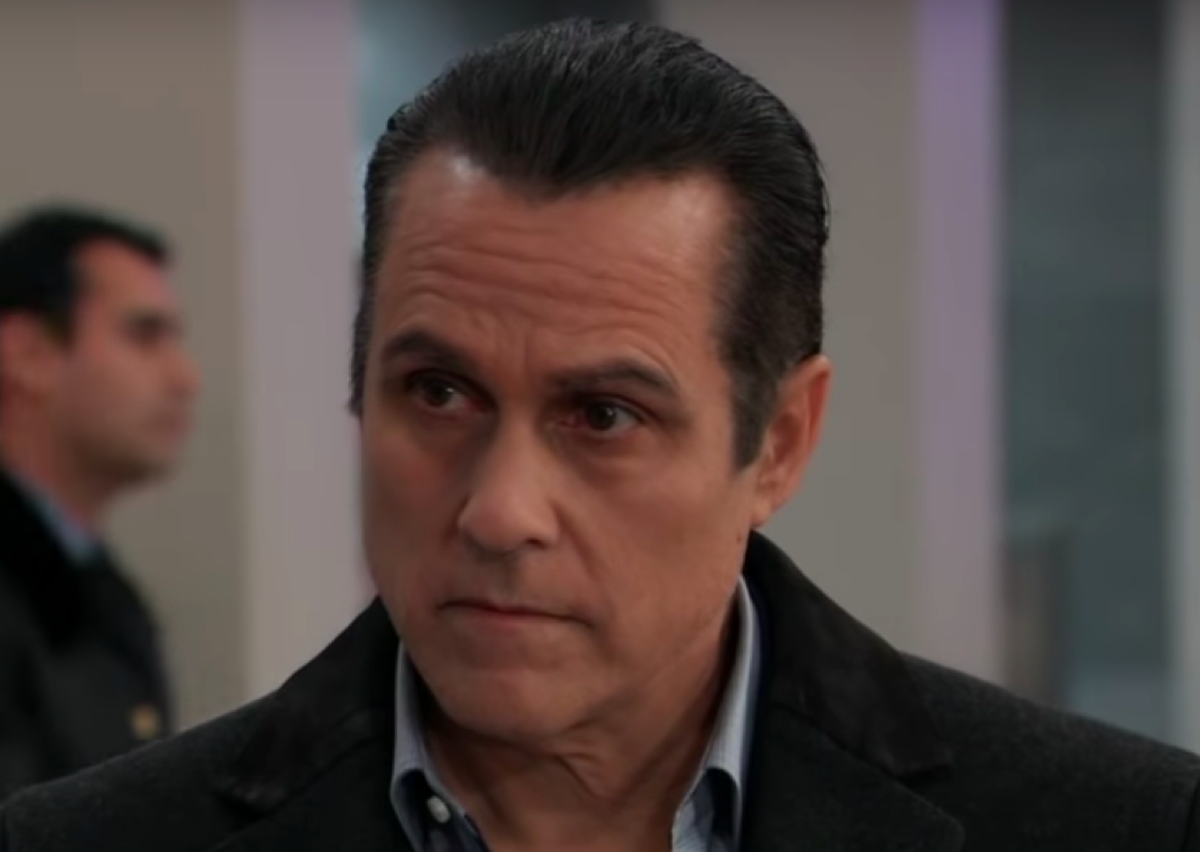 At Brad Cooper (Parry Shen) and Lucas Jones’ (Ryan Carnes) apartment, shortly after Brad received a call from Turning Woods that Lucas has woken from his coma, Julian Jerome (William DeVry) has a warning for Brad.

He reminds him that they are in on many secrets concerning the true identity of Wiley Cooper-Jones (Erik and Theodore Olson) and that Julian doesn’t mince words when he tells Brad that there’s no way in hell he’s going to bring Julian down with him! It sounds like now that Lucas is awake, Brad may have told Julian that he confessed all to Lucas shortly before the crash. Brad’s got a lot to worry about!

At Kelly’s, Sam McCall (Kelly Monaco) encourages Dr. Hamilton Finn (Michael Easton) to tell her any damning information that he might have on Peter August (Wes Ramsey), who she and Jason Morgan (Steve Burton) have been trying to get evidence against to turn over to District Attorney Robert Scorpio (Tristan Rogers) in exchange for him making her parole problems go away.

Finn will be torn within himself, yet firm in his belief that the truth he knows about Peter must be told, even if it does break up himself and Anna Devane (Finola Hughes) for good! He already left Anna with that impression at the end of Wednesday’s General Hospital episode as he left with his daughter Violet Barnes (Jophielle Love) to take her to school.

Why would she ask Marcus to help take Sonny down if she brought him in to help on the Bob Massicotte (Randy J. Goodwin) case to begin with? This conversation will be interesting for General Hospital viewers to see, although longtime fans will think it strange that Taggert wouldn’t have an ulterior motive to take Sonny down while he’s in town.

At General Hospital, Curtis Ashford (Donnell Turner) and Kevin Collins (Jon Lindstrom) visit Laura Collins (Genie Francis) in her hospital room, where she is recovering from surgery to remove a bullet from being shot down on the docks in the attack where Michael Corinthos (Chad Duell) was the intended target. She verifies to Curtis and Kevin that she was just collateral damage!

Jason updates Michael with what he and Sonny have learned about who was behind the coordinated attacks on himself, Mike Corbin (Max Gail), and Sonny in Brooklyn, along with Michael and also Sonny’s coffee warehouse. Jason tells Michael “Cyrus Renault” (Jeff Kober).

Sonny went to Pentonville to pay Cyrus a visit as soon as he knew he was behind the attacks and was in Pentonville, and as they sit talking on the standard red phones on either side of the glass, Cyrus tells Sonny “We meet at last.” Sonny responds, “You made a big problem for yourself!”

The Bold and the Beautiful Spoilers: Carter Warns Zoe That Thomas Is Using Her