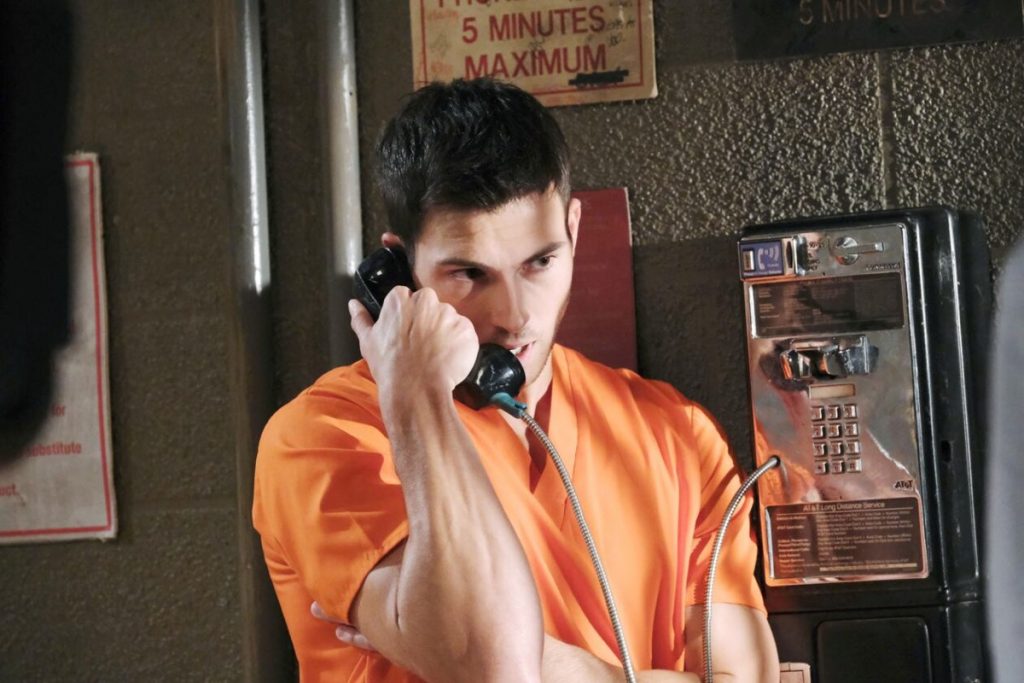 Ciara Brady (Victoria Konefal) hits on a new theory as to may have murdered Jordan Ridgeway (Chrishell Shause). She realizes that she has to go back to square one as far as trying to find any evidence, which after a year plus is not going to be in the gatehouse.

So she will have to see if Detective Rafe Hernandez (Galen Gering) took any fingerprints or evidence from the original crime scene and put it in his police report that should have been filed at the Salem Police Department. The only problem is, at that time Eve Donovan (Kassie DePaiva) was top dog and the report may have just been tossed in the trash can! She also has to find out if Jordan had anyone else that may have wanted her dead – maybe the baby daddy?

Days Of Our Lives Spoilers: Clyde Weston Pushes Ben Weston To Escape Prison With Him

With Ben Weston’s (Robert Scott Wilson) execution date drawing near, his father Clyde Weston (James Read) pushes his son even harder to escape from prison with him! Ben had turned his father down before – before his last appeal was lost. Now that he has no more appeals – and no more hope of survival save a miracle – Ben may just be desperate enough to take his father up on the offer now!

Ciara is still working to get evidence for a stay of execution – which is all Ben has left legally now – but the clock is ticking down and time is of the essence!

Days of Our Lives Spoilers: Sarah Claims Xander Is The Man For Her – Will She Break His Heart https://t.co/nMhvaEp0vU

Roman had gotten a call from an old ISA contact that found Hope had taken a plane to Prague and Marlena’s passport had been scanned just as they were ready to storm the lair!

Still in the warehouse in Prague, where they are locked in the room together after “Hope” cut John down from the shackles that were used to suspend him from the ceiling and then tried to convince him that Marlena was dead, killed by Stefano, Gina drugs John! The drugging is the first step on the way to turning John back into “The Pawn” and also for Gina to get her way with him! Brainwashing is on the agenda for both John and Marlena, and if Rafe, Roman, and Shawn Brady (Brandon Beemer) don’t find them in time, dire consequences could happen!