The Bold and the Beautiful Spoilers: Carter Warns Zoe That Thomas Is Using Her 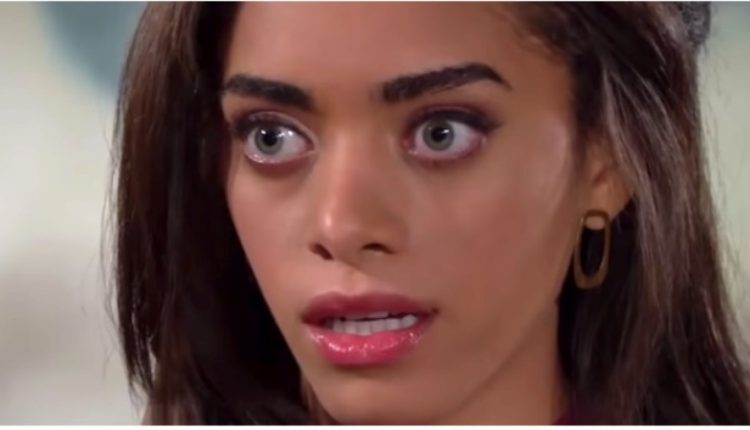 The Bold and the Beautiful Spoilers – Zoe Buckingham Is A Beautiful Woman, And She Can Do Much Better Than Thomas Forrester!

This isn’t the first time that Carter has noticed something amiss and that a beautiful woman was being treated badly; longtime viewers of the Bold and The Beautiful will recall that Carter walked in on a heated conversation between Maya Avant (Karla Mosely) and Bill Spencer (Don Diamont), and he suspected something was wrong.

Carter eventually encouraged Maya to admit that Bill was blackmailing her in an attempt to keep her away from Rick Forrester (most recently Kyle Lowder) and clear the way for Caroline Spencer (Linsey Godfrey), who was Bill’s niece.

Maya did just that, and Rick broke up with Caroline, who then confided in Carter about her failed relationship with Rick. Caroline wound up married to Thomas and the only good thing that came out of that relationship was Douglas Forrester (Henry Joseph Samiri)! Carter has not heard a lot of good things about Thomas, and knows that Zoe can do better.

Carter is one of those people that usually stays in the background and observes, and though he usually minds his own business, when he sees someone heading for heartache or trouble – usually a beautiful female someone – he takes action!

And he notices Zoe when she’s around Thomas, and he notices Thomas when he’s around Zoe. And what he notices going on is going to hurt Zoe in the long run! She’s crazy about Thomas, but she’s a party girl in Thomas’ eyes and he is just using her – the prize he has his eyes on is Hope Logan (Annika Noelle) and poor Zoe can’t see the forest for the trees!

She was supposed to spy on Thomas around Hope and report back to Liam Spencer (Scott Clifton) and Steffy Forrester (Jacqueline Macinnes Wood) to protect Hope from Thomas, but she fell in love with him and is no longer objective. Not only that, Steffy and Liam are headed back to each other! But then Carter doesn’t know about any of that, he only knows that Zoe is a beautiful woman and he doesn’t want to see her heartbroken and he befriends her!

The Bold and The Beautiful Spoilers February 3 to February 7: Liam Regrets His Kiss With Steffy https://t.co/fOfswhjg8V pic.twitter.com/U3yA8tSEYO

Carter Walton Has Been Terribly Hurt

Carter has been terribly hurt and unlucky in love. He had fallen in love with Maya only to be dumped for Rick Forrester, and then he found out she was transgender from her sister, Nicole Avant (Reign Edwards) and he had a conflict of whether he should tell Rick or not! Carter blurted out to Ridge Forrester (Thorsten Kaye) that Maya was transgender, and Ridge was shocked and actually felt bad for Little Ricky.

Ridge told Eric Forrester (John McCook) and Brooke Logan Forrester (Katherine Kelly Lang) who Maya really was, and Brooke appointed herself the one to tell Rick. Brooke confronted Maya about her and Rick’s honesty and her not being who she really is. Brooke called her Myron and stated she knew, and to make a long story short, Maya left town when Rick couldn’t accept her the way she was.

It is Carter’s compassion and empathy for people being hurt that spurs him once again to try and rescue a beautiful woman who is heading for heartache. Could Carter have an ulterior motive, and possibly be ready to move on – maybe with Zoe? It’s possible, but he does tell Zoe she can do better and he’s concerned Thomas will hurt her!

Days of Our Lives Spoilers And Recap Wednesday, February 5 – Gabi Learns About The Pacemaker; Kristen and Brady Make Plans