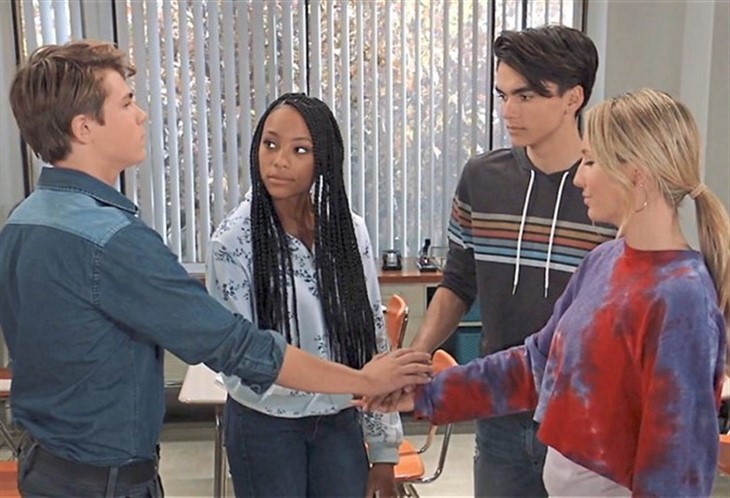 That was a pretty manipulative move, but recently Dev’s behavior has gotten even more upsetting. Dev seriously lashed out against Josslyn after she rebuffed his attempt to kiss her, and he said some disturbing things. Dev ranted, saying that Josslyn was treating him like “garbage” and that no one would ever compare to her “precious” Oscar Nero Quartermaine (Garren Stitt).

Of course, Dev’s a teen and he could just be acting out due to his frustration and inability to deal with rejection in a mature way just yet, but this could also be the start of something more troubling. Not taking rejection well is a bad sign, and one wonders whether Dev is going to soon be on the outs with his group of friends.

In a way, Dev has been something of an outsider with Trina, Cameron, and Josslyn all along, and now that he’s feeling romantically rejected and unwanted, he might pull away from the group. Worse, Dev seems to be harboring some real resentment toward Cameron for getting the affections of both Trina and Josslyn.

We’ll see just how far Dev takes his resentment – let’s hope that Dev talks to a trusted adult like Brando Corbin (Johnny Wactor) about his conflict and his feelings. Dev really needs some parental guidance right now, and it seems that Sonny Corinthos (Maurice Benard) and Carly Corinthos (Laura Wright) are distracted with other things.

Who knows – Brando might not even be available for Dev to talk to these days, now that he’s heavily involved with working for Cyrus Renault (Jeff Kober). That could leave Dev got his own devices, and if he’s truly got a dark edge and it festers, he could really get himself worked up and get into some real trouble.

Dev’s clearly not above using deception to get what he wants, and we wonder how far Dev might go to punish his group of friends. Might he result in violence at some point, or maybe to some horrific arm of revenge against Cameron? GH could have a new young villain in the making!

Do you think that Dev’s character is going to go darker? Stay tuned to General Hospital and remember that CDL is your go-to source for all the latest General Hospital spoilers, daily episode recaps, and news.