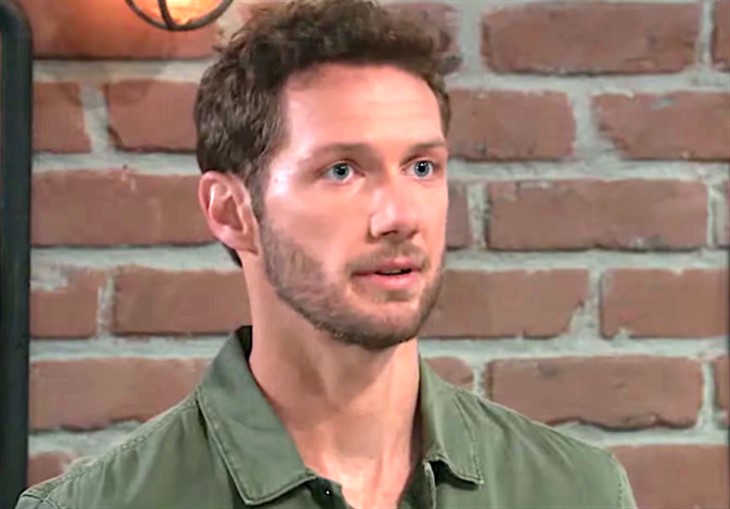 General Hospital’s Brando has offered to help Sonny Corinthos (Maurice Benard) and Jason Morgan (Steve Burton) to take down Cyrus. Brando felt that pretending to be upset with Sonny would give him an in with Cyrus. If Brando can win Cyrus’ trust, perhaps he can help take him down. However, Brando will hear something that has him bursting into Cyrus’ home to offer his assistance, can he talk his way out of storming into his boss’ home?

Sasha Gilmore Is In Trouble

General Hospital’s Sasha loves Michael Corinthos’ (Chad Duell). Sasha loved him enough to give him up so he could have a better chance at the custody of his son Wiley Corinthos (Theo And Erik Olson). Sasha knew that her past would work against Michael so she faked an affair to push him into Willow Corinthos’ (Katelyn MacMullen) arms. However, Sasha’s generosity has taken a great toll on her emotional health. Sasha has resorted to relying on drugs to help her cope.

No Sasha is in over her head and has overdosed. Someone has to act fast to save her life and Brando is her only hope. Brando has warned Cyrus against getting involved with Sasha because of her connection to Sonny. Brando has also promised Carly Corinthos (Laura Wright) that he will look after Sasha. Can Brando attempt to help Sasha without blowing his cover? Can Brando spin his intrusion to make it look like he is protecting Cyrus from breaking the truce with Sonny? Can Brando save Sasha or will this overdose be fatal?

General Hospital’s Cyrus could kill Brando and let Sasha die. However, if Cyrus does this, the truce will be over and Sonny will come after him full force. Sasha’s overdose could also prove that Cyrus is dealing drugs that could put him back in prison. Cyrus isn’t about to let anyone put him back behind bars and will be willing to kill Brando and Sasha to keep them quiet. Can Brando convince Cyrus to let him and Sasha live? Will Cyrus use this as a test of Brando’s loyalty?

General Hospital’s Brando knew he could be risking his life to help Sonny take down Cyrus. However, Brando had no idea that he might have to save Sasha from this overdose. Brando will be lucky to get both himself and Sasha out alive.