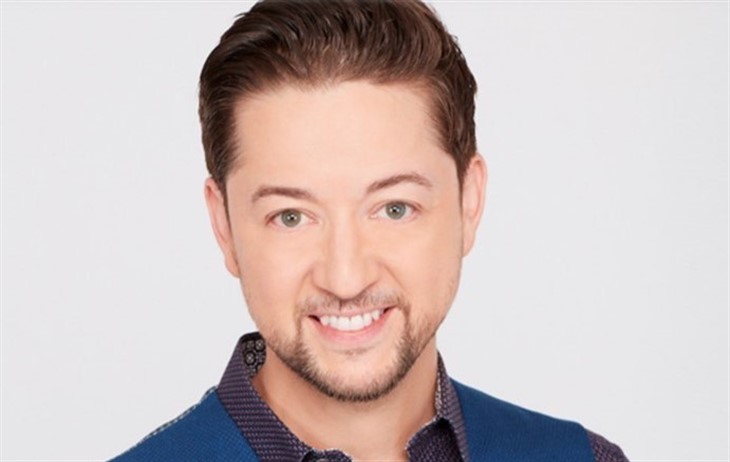 When General Hospital’s Spinelli first came on the scene in 2006 he was working with Alcazar. Spinelli had been paid to play with some numbers that could have helped John Durant (Corbin Berson) put Sonny away on mob-related Rico violations. Ric Lansing (Rick Hearst), Sonny’s younger brother, and Port Charles D.A. at the time used this information to frame Sam McCall (Kelly Monaco). Jason Morgan (Steve Burton) and Sam traced the actions to a college professor’s email who pointed them Spinelli’s way.

Spinelli was almost killed when General Hospital’s Alcazar tried to take out Sam and Jason while leaving a safe house and ran away to his grandmother’s in Tennessee where Lulu Spencer (Emme Rylan) helped Jason track him down. Spinelli eventually moved in with Jason and Sam.

However, Spinelli was a heavy marijuana user and it often caused issues. Spinelli was instrumental in helping Alexis Davis (Nancy Lee Grahn) through her battle with cancer by supplying her with marijuana to help her nausea. Years later, Spinelli was targeted by the FBI and faced years in prison if Jason didn’t cooperate.

General Hospital’s Spinelli had a crush on Lulu, however, Georgie Jones (Lindze Letherman). Spinelli was devastated when Georgie was killed by that text message killer in place of her sister Maxie Jones (Kirsten Storms). Spinelli eventually fell in love with Maxie. Spinelli eventually proposed and Maxie accepted. However, Maxie confided in Jason that she was terrified of making the commitment and Spinelli overheard.

Spinelli called off the wedding and they had a non-wedding instead. Eventually, Spinelli and Maxie separated but later slept together and Maxie became pregnant with their daughter, Georgie Spinelli (Lily Fisher). Spinelli eventually ended up with custody of Georgie and moved to Portland, Oregon. However, recently, Spinelli has moved back to Port Charles.

Now that General Hospital’s Spinelli is back in town, he has come full circle. Spinelli is working with Jason again, in the same town as before, and interacting with Maxie, even though he has a girlfriend. Spinelli still longs to be Maxie’s hero and save her from herself and other dangers out there. However, Peter August (Wes Ramsey) has become a bigger obstacle than anyone anticipated. Will Spinelli celebrate 14 years by finally getting the goods on Peter?

Congratulation Bradford on 14 years as Spinelli, and here is to many more.