General Hospital Spoilers: Dev And Brando Bonding – But Will Someone Blow The Whistle? 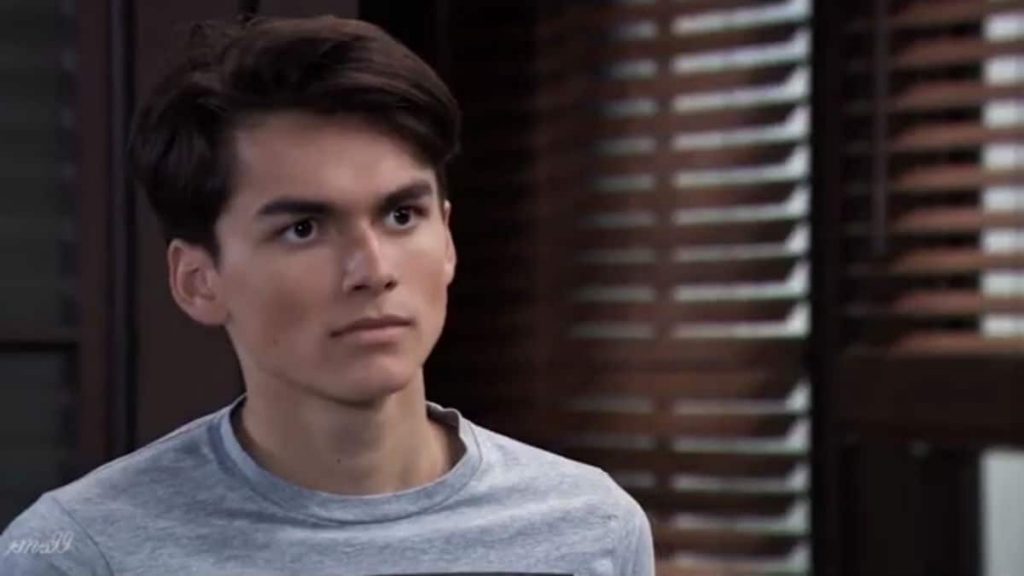 General Hospital (GH) spoilers tease that Dev Corbin (Ashton Arbab), against all advise, went to visit the man who is his father on paper. Brando Corbin (Johnny Waycross) is not as dead as everyone thought, and because he is Dev’s dad on paper but not in reality, its going to be a complicated situation for everyone.

GH Spoilers: Carly has told Brando some of the story

When Brando indicated that there was no way he could possibly be Dev’s dad, Carly had to tell him some of the details about how Sonny Corinthos (Maurice Bernard) wanted to help keep Dev in the United States, so he had papers forged that made him a distant cousin… Brando’s son. And since Brando was presumed dead, Sonny got Brando’s mom Gladys Corbin (Bonnie Burroughs) to corroborate the papers that Sonny had created. But Brando, could blow a hole in the entire plan, if he reveals the scheme to the proper authorities.

But Brando seems like a good guy, and he won’t want to blow up the teenagers life for no good reason. So now that Dev has showed up in Brando’s hospital room, it will give them time to get to know each other. And hopefully, he will keep the agreement as is. Perhaps he will even try to help with the ruse by asking Dev to live with him. But that wasn’t the point of Dev’s new identity. It was to get him in Sonny’s house so that Sonny’s can help the teenager become a success in life.

Since it’s his supposed son, it might look bad to the proper authorities is Brando should choose to just ignore Dev, and let him stay with Sonny, especially with a mob war looming. Brando has rebuilt his life after a troubled past and may want to be seen as a deadbeat father. It’s a tricky situation that they are all stuck in, but the consequences could be legal troubles for Sonny and deportation for Dev.

Will Brando and Dev get along? Will the paperwork that Sonny has created remain intact? Or could Brando blow the whistle on the whole thing and get Dev deported? Only time will tell, so stay tuned to General Hospital airing weekdays on ABC. And don’t forget to check back here regularly for all your General Hospital news, information and spoilers!