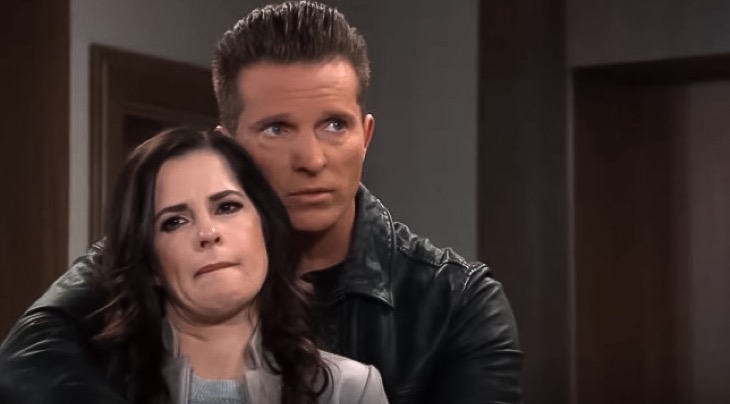 ABC General Hospital spoilers and rumors reveal Sam McCall (Kelly Monaco) and Jason Morgan (Steve Burton) planned to adopt baby Hope after Sam’s daughter died. However, Sam and Jason lost Hope to her great grandmother when she decided to raise the baby herself. Could Hope come to visit her almost parents?

General Hospital’s Bridget Daly (Lauren Petty) had her daughter at Kelly’s during a blizzard in December 2004. Bridget wanted nothing to do with her daughter after her birth and asked Sam to raise her child. Unfortunately, Bridget was a minor and her grandmother refused to let Sam and Jason keep the child. This doesn’t mean that Bridget didn’t tell her daughter about the family who wanted to adopt her.

General Hospital Updates – Why Would Hope Come To Port Charles?

General Hospital’s Bridget has surely told her daughter about Sam and Jason. Both Sam and Jason have been in the news over the years. Could Hope be curious about the people who almost adopted her? Perhaps Jason had set up a trust fund for Hope to make sure she had a good start for her future. After all, Sam and Jason both knew that Bridget was unlikely to provide for her daughter.

Bridget was too immature to be a parent when Hope left Sam and Jason. Bridget’s grandmother wasn’t exactly young nor was she rich. Sam and Jason may have thought that a trust fund was the best way to help Hope. Now that Hope is grown up she might want to meet the people who gave her such a good start in life.

Could Hope Be In Trouble?

Hope could be in trouble and turn to General Hospital’s Sam and Jason for help. After all, they were willing to save her from her irresponsible mother when she was a baby, would they be willing to help her today? Jason isn’t going to turn his back on anyone that he considered his child so Hope could turn to him at any time and he would help. Will Sam and Jason forge a relationship with the daughter they wanted years ago?

If her age is kept in line with Baby Lila’s, could Hope be a pregnant teen in need of help much like her other was so many years ago? Could Hope need Sam and Jason’s help to keep her child? Could someone be trying to hurt Hope and her baby?

Seeing Sam and Jason reunited with baby Hope would be a treat for Sam and Jason fans, after all, most of us wanted them to raise that baby years ago. Could Hope come to town for a reunion soon? Would fans accept a new teen in Port Charles?

Days Of Our Lives Spoilers and Rumors: Chad Drugged Abby To Get Rid Of Gabi