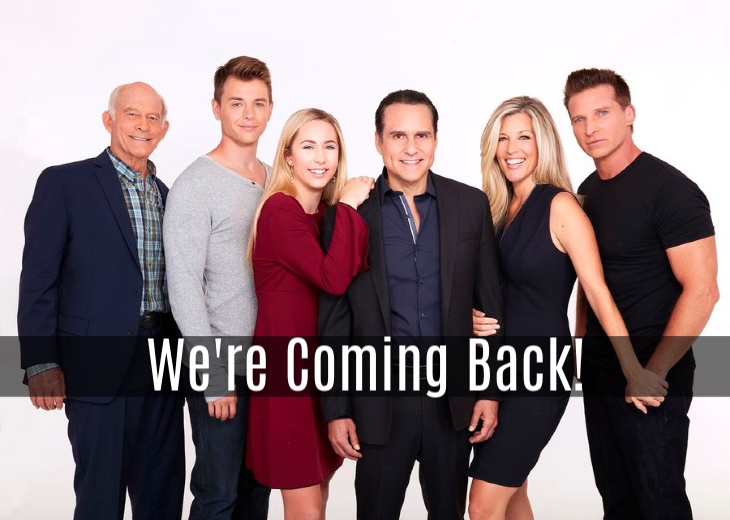 ABC General Hospital had to stop production in March 2020 due to the global health crisis. The coronavirus pandemic halted filming on all four soaps. So far, only B&B has returned to the set. Well, there is good news! The ABC soap is aiming to get back to work in mid-July. However, that date is highly dependent on COVID-19. So, it’s not a guaranteed date, but it’s a goal.

GH had to shut down in March when the COVID-19 pandemic caused the entire nation to go into quarantine. For the first time in years, sets went dark, and parking lots went empty. Thanks to the Internet and social media, fans, and actors were able to connect during the lockdown.

It was originally estimated that soaps could return after two weeks. However, that ended up turning into three long months.

GH Runs Out Of New Episodes

The ABC soap continued airing the new episodes that were ready for broadcast. However, as the weeks passed, something had to be done to keep viewers interested. The soap was beginning to get low on the new episode stockpile. This led to those in charge of coming up with a creative strategy.

Creative Strategy To Retain Fan Base

General Hospital began airing flashback episodes on Fridays. While removing one episode each week helped extend new episodes for a bit, eventually, those would run out completely. This is when the long-running TV show began airing “classic episodes.”

Most fans enjoy watching the older storylines and the actors even went on social media to chat while the encore episodes were being aired.

According to Deadline, production is aiming to restart in mid-July. However, that is highly dependent on COVID. The pandemic has really created uncertainty. Numbers were going down, the country lifted restrictions, and slowly states, counties, and cities started to open back up. However, if the virus begins skyrocketing again, officials could choose to go back into quarantine.

If everything goes smoothly and production begins in mid-July, then there will be a lot of safety rules and regulations to follow. It’s not just social distancing, wearing masks, and not kissing. It also doesn’t just affect those in front of the camera. Those who are behind the lens and beyond are also impacted.

It is estimated that COVID safety protocols could increase costs and slow production. However, we don’t have a ballpark of just how long we will have to wait for new episodes. As it gets closer to the target date, more information will be released.