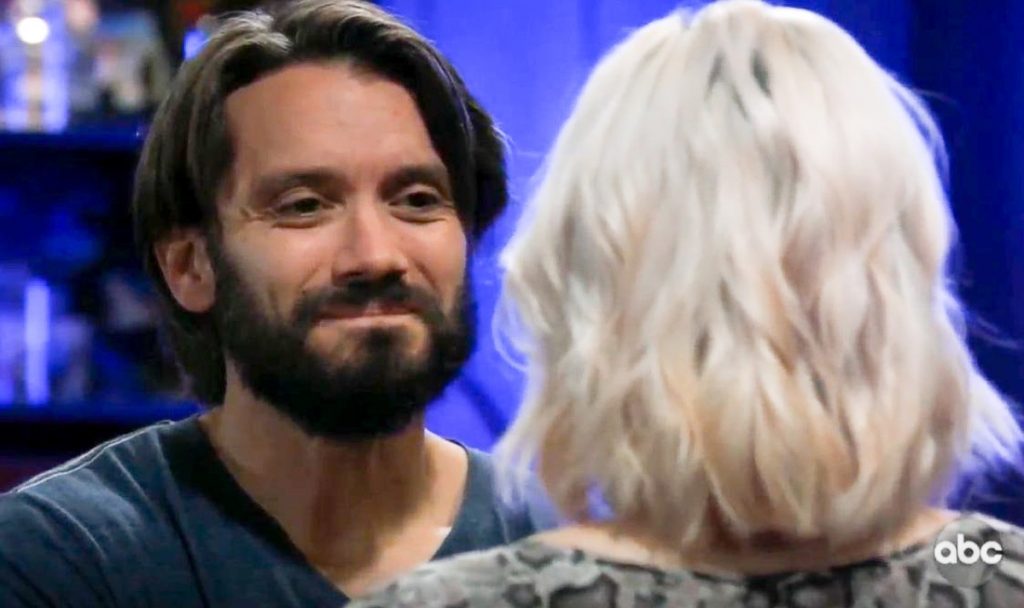 ABC General Hospital spoilers tease that Maxie Jones (Kirsten Storms) and Dante Falconeri (Dominic Zamprogna) crossed paths in Port Charles, New York today, and the heat between them was so real we saw flames igniting! Fans are totally shipping this General Hospital couple who hooked up at the Floating Rib.

Does it matter that Dante is back for one reason only and that’s to take down Maxie’s nefarious boyfriend? Nah! Seriously, when she said welcome home and he stared into her eyes and replied that now is the first time it feels like he’s home we melted completely.

Here are five reasons why Dante and Maxie make a great couple!

Dante’s ex Lulu Spencer (Emme Rylan) is now hooked up with good guy school teacher Dustin Phillips (Mark Lawson) which means he needs to look for greener pastures. Who could be better for him than a close friend who understands what he’s been through in the past year?

At the same time, Maxie will soon need a shoulder to cry on if the town has its way and her beau Peter August (Wes Ramsey) gets exposed for the absolute douche he is. Sweet Dante has the strongest yet softest shoulder in town!

Maxie and Dante have a ton of baggage in their respective lives but absolutely none between them which makes for a perfect recipe for a brand new beginning!

#4 Maxie Jones And Dante Falconeri Are Both Family People

Both Maxie and Dante have kids and they love them more than anything. They are family people through and through and together these two would create a wonderful blended family. Plus, they are young enough to add a few more adorable kids to the mix.

Olivia Falconeri (Lisa LoCicero) worships the ground her son Dante walks on. In fact, she is the reason he is back in town. If she had not gone to Switzerland to beg him to return he would still be there getting rehab for PTSD.

She will not stop until he has hooked up with a nice girl not named Traitor Lulu and we think she would heartily approve of Maxie.