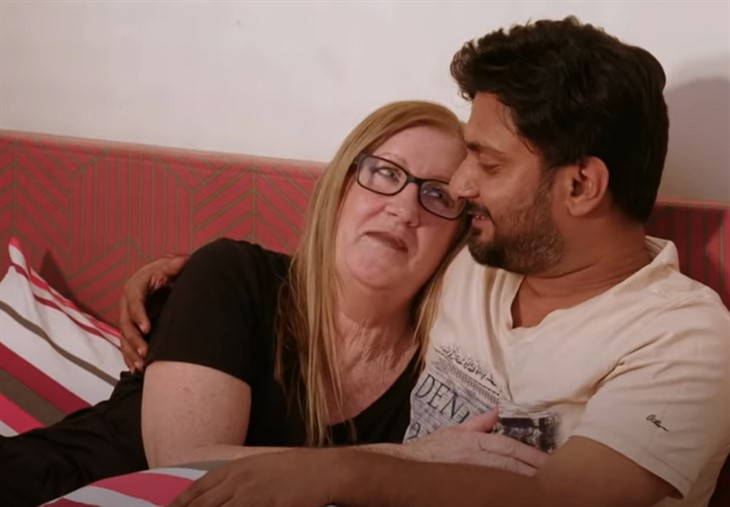 In the first look broadcast of the upcoming episode, Sumit headed to court with his friend Rohit for moral support, and also because he offered to drive him. The court must have been several hours distance from where Sumit and Jenny live, as the drive appeared to take a long time.

It was daylight when Sumit and Rohit headed back and dark when they arrived at Sumit and Jenny’s apartment. Sumit was able to give Jenny some good news – the divorce was final, and his ex-wife and her parents dropped the criminal charges as well as the demand for $500 a month “maintenance” which in American terms, would amount to alimony. The fact that Sumit’s divorce is finalized after so long, and the criminal charges and alimony requests were dropped are huge roadblocks out of the way for the couple!

However, there are still some pretty substantial hurdles for Sumit to clear if he wants to make Jenny an honest woman and marry her, instead of their continuing only to cohabit! They do want to marry and not just be in live-in limbo forever! For one thing, Jenny only has but so much time left on her visa, and right now they are living on her Social Security – if her visa expires she will have to go back, and as fans will recall, she has nothing to go back to and nothing to pay with for a trip back!

There’s her Social Security – but only if she retains her American citizenship. It won’t transfer to India! But that’s still a little way down the road – something to figure out later. She has to marry Sumit to retain her 90-day visa.

Sumit Singh’s Father Talks To Him Outside His Workplace

In a commercial preview for the next episode, “Are You Done Yelling” the aftermath picks up as Sumit is talking to his father, Amit. They appear to be outside a place of business, possibly Amit’s place of business. He stresses to his son that even though he is now legally free to marry, Amit and Sunha still do not want him to marry Jenny.

There isn’t a lot of the whole conversation shown in the commercial preview, but it is likely that their reasoning is the same as it has been. They still think Jenny is too old for Sumit, actually older than his mother is, and they are likely still worrying about what their friends think and what society thinks. Although Sumit likely doesn’t need their permission to marry Jenny legally, he wishes he could have their blessing or at least their approval.

Sumit still maintains that prior to their finding out Jenny was more than a Facebook friend, that she and his mother had been on good terms and maybe even considered themselves friends. Jenny has gone on record since saying maybe “friends” wasn’t the best descriptor of her relationship with Sunha either in the past or the present, but they weren’t enemies either. The big question is, will they be able to clear all the hurdles to be able to marry before Jenny’s visa has run out?

Stay tuned to TLC’s “90 Day Fiancé-The Other Way” and keep checking here frequently for all the latest news, updates, and gossip about all your fave “90 Day Fiancé” shows, spinoffs, and stars!