General Hospital Spoilers: Laura Wright Talks Doing Her Job and Being There For Her Co-Stars 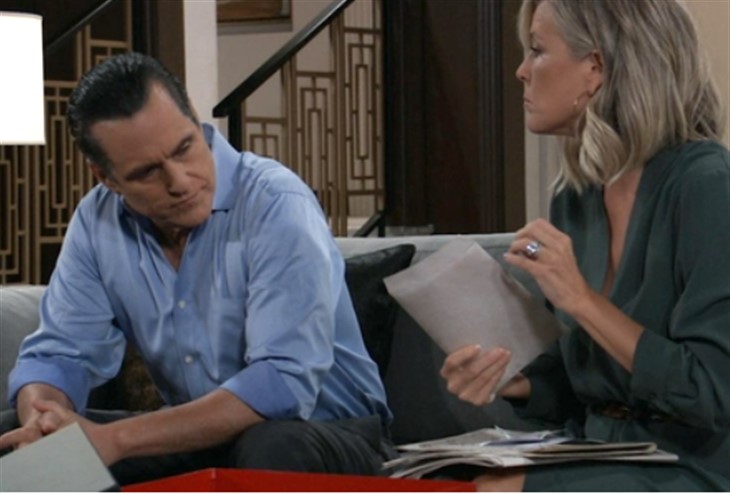 ABC General Hospital spoilers say that when it comes to Laura Wright (Carly Corinthos), she wants to make sure that she’s doing her job and being there for her co-stars, both on and off-screen. And that’s exactly what she did when she knew her character Carly had to maintain physical intimacy between her and her husband, mob boss Sonny Corinthos (Maurice Benard), especially when he was dealing with the death of his father, Mike Corbin (Max Gail). Here’s what she has to say.

General Hospital Spoilers – Laura Wright Wants To Do Her Job, Both On And Off-Screen

Speaking to Soap Opera Digest, Laura says that one of the great things about working with Maurice Benard is that the two of them always know how to react at just the right moments, especially when it comes to giving each other a certain look, touch, or even sharing a moment together in front of the cameras. When Mike passed away and Sonny was having a difficult time dealing with the loss of his father, Laura knew she had to do something meaningful, but also unscripted at the same time.

Laura told the publication, “There was a moment when Mike passed and we realized he was gone and it wasn’t scripted, so I had to talk to the directors and say, ‘I’ve got to go in and hug him.’ There are technical things that the director wants you to have honor that, because we are a very technical medium; you’ve got four cameras going, you’ve got boom shadows, and you have to be aware of the cameras.”

Laura says that she told the crew that while she knew they wanted to have a single shot of Maurice, she felt as though she absolutely had to hug him. After all, he is her husband. She continued, “And they were like, ‘Absolutely’ and Maurice agreed. His character, or sure, had a lot more going on than anyone else, and when that happens, you are like, ‘What does Mo need?’ Those are the kind of things that you talk about.”