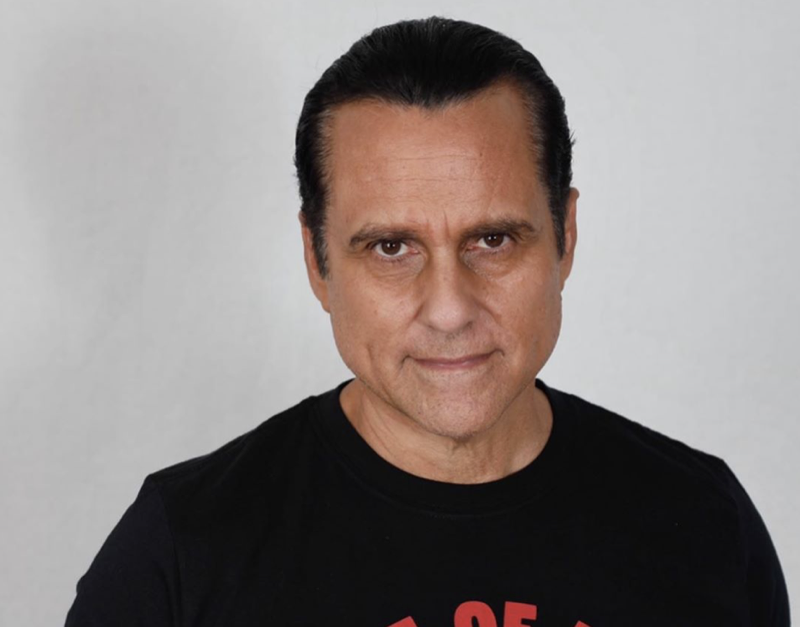 ABC General Hospital star Maurice Benard (Sonny Corinthos) shares a very fashionable mistake from the past. Or at least, that’s what Maurice thinks. Here’s what you need to know!

Even though Maurice thinks that his shirt looks like a fashionable flop, it’s without a doubt that General Hospital fans would agree that he still looks very handsome, despite what he is wearing. He captioned his throwback photo with, “Let me ask you a question? Have you ever put on a shirt when you were young, and thought it was the bomb, then 20 years later you say to yourself-What the hell was I thinking!!! (see-through shirt)My goodness. @elitemodelworld @allmychildren#wardrobe #gone# #wrong.”

It didn’t take long for his fans and social media followers to comment on the photo with, “Don’t be too hard on yourself, Maurice. I like it. It was a different style back then. I still think you look great,” along with, “You still look smoking hot! And it really doesn’t matter what you wear because you manage to make everything look amazing. You were my favorite back then and you are still my favorite today.” 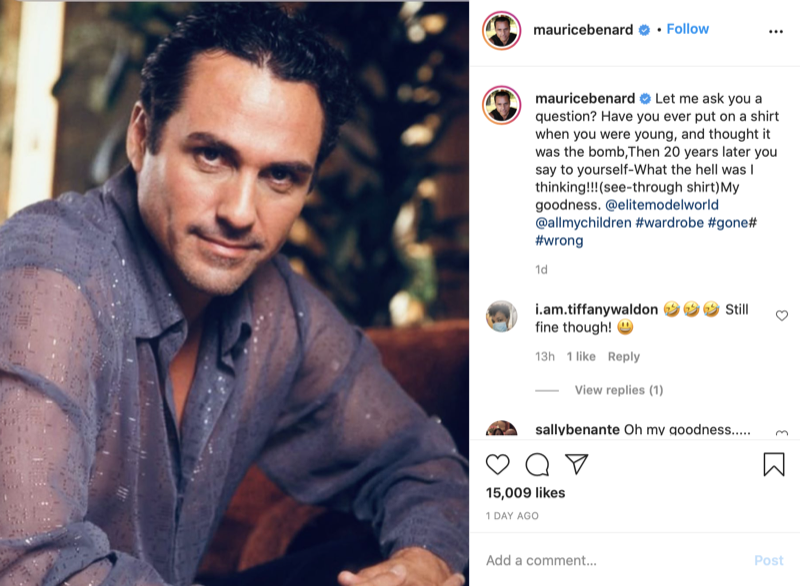 Another fan wrote, “This is a Nico Kelly shirt if ever there was! I still love it. Thank goodness General Hospital is coming back next week because it’s been way too long and I need my GH fix. I’ve always been a big fan of yours, Maurice. Can’t wait to see Sonny back in action.”

5 Major Leaks – Unfinished 'General Hospital' Plots To Get Ahead On Before 'GH' Returns August 3 #gh #generalhospitalhttps://t.co/6SWJ9B9HUZ