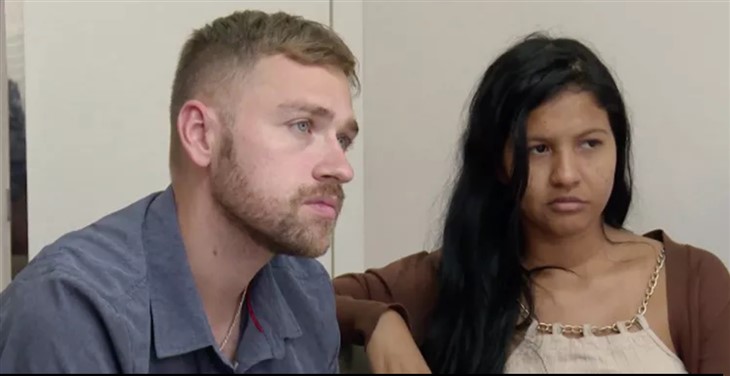 TLC 90 Day Fiance stars Paul Staehle had the cops called on him by his wife. The now-deleted Livestream was pretty crazy. What was revealed was Paul stating to law enforcement that there is allegedly an open case with Child Protective Services and Karine Martins is reportedly not complying with the agreement? Keep reading to find out more about this doomed marriage.

According to The Blast, Karine called the police on her husband after an explosive fight. Paul ended up doing an Instagram Live to record the event. He even asked the police officers for permission to film it and informed them it was being live-streamed. The video has since been deleted, but fans are saying it was “crazy.” In the video, Paul reportedly said that Karine and her lawyer called the police on him and he had no idea why.

Paul told the police that he had no idea why they were there. Then, he started to tell them that he was “pro-police.” The officers asked what was going on and Paul replied,

“We were doing a call, I look over, I see her talking to a Brazilian lawyer about child support and divorce. I asked her what’s going on with this.”

The 90 Day Fiance star claimed that Karine got upset when he asked her about a text message. Then, he said that there is an open CPS case and they are investigating Karine. He alleges that Karine had a deal with CPS, but she has not been complying with her part.

Then, Paul said that Karine “ran off to another man’s house” and drank beer with her son. The reality star claimed that he did feel that his child was safe with Karine. He also confirmed that there are “cameras all around the home.” He told police that there is video evidence of Karine pushing him the day before. The TLC personality also told officers that they tried therapy, but Karine refused to go inside.

Police said that they can’t get involved in custody cases. However, they did call someone Karine knew. The person reportedly said that Paul controlled every aspect of Karine’s life and she requested to go to a shelter. However, it is not known how the situation ended.

This just sounds like a very bad situation and the worst part is that there is an innocent child involved.

Be sure to catch up on everything happening with Paul Staehle and Karine Martins right now. Come back here often for 90 Day Fiance spoilers, news, and updates.