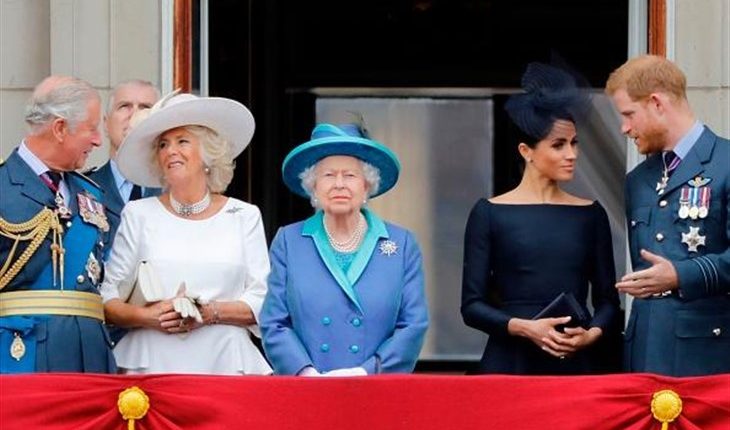 Some feel that maybe Meghan Markle has had a bit of a bad rap when it comes to her image in the media. That’s particularly true when Meghan is talked about vis-à-vis the British Royal Family. Many see her as an unabashed gold digger and social climber. However, others note that if that’s true, then Meghan may have bitten off more than she can chew. Insiders have suggested for a long time that Meghan found the Royal lifestyle particularly difficult to deal with.

Indeed, reports indicate that Meghan had run-ins with Royal staffers and others long before she actually walked down the aisle with Prince Harry. Meghan Markle saw the rules and regulations that senior members of the Royal family take as par for the course as stifling and horrifyingly draconian.

Apparently, royal staffers staged a phone call wherein they took Meghan Markle to task for any number of issues. In fact, the new book “Finding Freedom” by Omid Scobie and Carolyn Durand wrote that these staffers scolded Meghan over smiling at photographers because it would only encourage them to “keep pursuing such images—and news headlines.”

Reportedly, this left Meghan Markle a little more than miffed. Certainly, many people who are used to making their own decisions without British Royal oversight might identify with Meghan’s distaste for the level of control exercised by The Firm over its members. Insiders recall that after Meghan got done being chewed out for smiling at photographers, she got on the phone and called a friend. During that call, Meghan complained that “me even acknowledging the cameras may not be sending the right message. I don’t know what to say.”

Of course, today Meghan Markle doesn’t have to deal with the Firm’s way of doing things and she can smile for the cameras as much as she pleases. And, if the truth is told, Meghan seems to please a lot. Ever since moving to the Los Angeles area, some believe Meghan sought out a huge trending topic and then chose to latch onto it in a cynical attempt to leverage it for headlines that could help her personal brand.

For example, Meghan Markle grabbed Prince Harry and dragged him along in pursuing an association with the Black Lives Matter organization following the death of George Floyd in Minneapolis. This led immediately to pundits suggesting that Meghan Markle is testing the waters in America for some type of political run for office. There were even outrageous suggestions by some that Meghan might be looking to join the race for the presidency … if not now then at some point in the future.

While a run for the presidency doesn’t seem likely, all of the press coverage for Meghan has to have helped make the masses more aware of her brand. This can only increase the value of Meghan and Prince Harry’s brand in America. Because of that, many believe that Meghan’s secret intentions might be to capitalize on that newfound name recognition to leverage greater paychecks if she ever chooses to return to her former acting career.

While a bit Machiavellian, some might feel that if any of the above is true, then Meghan Markle is acting in an incredibly shrewd fashion.