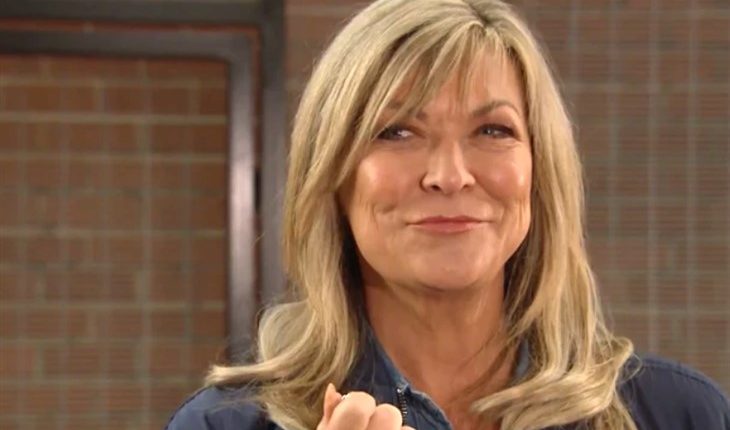 ITV Emmerdale spoilers reveal that viewers recently saw during an episode that Kim Tate (Claire King) was missing. She was mentioned and Jamie Tate (Alexander Lincoln) had to take over her duties until she returns. This had fans wondering what happened to the actress and when she could return. King recently addressed the situation and explained why she must be careful.

Emmerdale Spoilers – Claire King Will Be Back

Some fans were worried that Kim had been written off or the actress was not coming back to the soap. However, that is not the case and in fact, she just renewed her contract. King also confirmed to Inside Soap magazine that she will be back, but there was a reason why she hasn’t returned to filming yet.

Emmerdale Spoilers: April Receives Nasty Messages About Her Father, Could This Escalate Into Something More?

King has arthritis and part of that condition is a compromised immune system. This makes at an increased risk of not only getting COVID-19 but having complications and death. So, she needs to be careful and take all the precautions necessary. King explained,

“I have arthritis, so my immune system is compromised, which puts me at greater risk from the virus.”

Emmerdale Spoilers – How Arthritis Affects Her

There are other ways that arthritis affects King and impacts certain elements of her job as an actress on the soap. She said,

“When I have flare-ups, it’s not nice. I have to have my buttons done up for me by costume people now, and I can’t wear killer heels anymore! You’ll notice Kim mostly wears riding boots now.”

When Could Kim Tate Return?

King confirmed to the magazine that she still is not back filming Emmerdale. However, she will hopefully be back soon. All she is waiting for is to be written back in. So, don’t fear fans, you will see Kim Tate soon enough! We predict that it will probably be in a few weeks or perhaps next month.

Were you surprised that Kim Tate had suddenly disappeared from the canvas? What do you think is going to happen with her character when she is seen in new episodes again? Will Jamie still be dealing with Andrea Tate (Anna Nightingale)? How will Kim handle the other storylines that she was part of before production suddenly halted? We will keep you posted with any new developments and updated information as it becomes available.