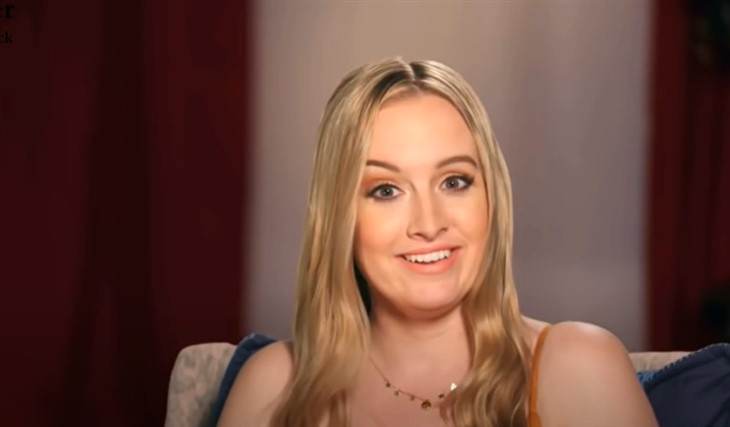 TLC’s “90 Day Fiancé” star Elizabeth Potthast Castravet, as opposed to her father Chuck and brother Charlie, admits she wouldn’t mind living in Moldova, her husband Andrei Castravet’s home country – but under one condition.

As viewers will recall from recent episodes, Chuck and Charlie Potthast were not impressed with Moldova – not at all! Before they even arrived, her sisters dissed their brother-in-law’s home country, finding negative tourist reviews and even worse, grim stories of police corruption and kidnapping of tourists.

One of them called the country downright dangerous, in spite of Elizabeth’s assurances that it is not, and that the stories they read were likely isolated incidents if not blown totally out of proportion! Then when Chuck and Charlie got there, they started complaining about everything from lack of Walmarts and Amazon deliveries to lost baggage at the airport (which happens frequently in the United States as well) and the weather, complaining that it wasn’t warm and sunny Tampa, Florida, and it was cold, dark and dreary.

TLC ’90 Day Fiance – Happily Ever After’ Spoilers: Andrei Wants The Potthasts To Go Back To The US!

One sister and Mother Potthast are yet to arrive, and already Andrei and Charlie have gotten into a near fistfight and Andrei wanted them to return home and just forget about coming to their Moldovan wedding, which Chuck had paid for! So far, at least for Chuck and Charlie, Moldova has not been an enjoyable experience, but if they had not made it their mission to interrogate Andrei, his brother Radu, and their friends about Andrei’s past, they may have noticed some positive things about the country! At least Chuck thanked the friends for the meal in the castle-themed restaurant and told them he liked them!

Elizabeth Loves The Country And The People

Elizabeth, on the other hand, loves the country and the people, although maybe some of the food not so much as witnessed by fans when they saw her try a piece of what in America would be called “head cheese” a gelatinous, highly seasoned mixture of pieces of meat, usually from the head of the animal and in America sliced and used as lunch meat in some areas.

Elizabeth tasted it but made a face! In the current episodes, filmed several months ahead of airtime, Andrei, Elizabeth, their baby Eleanor, and her family have traveled to Moldova for Elizabeth to be baptized into Andrei’s faith, which has already taken place on the show, Eleanor also is baptized, and then to marry in Moldova since his family could not attend their wedding in the United States.

Elizabeth said she wouldn’t mind living there, but with one condition, in a recent question and answer session with fans on social media. She is respectful of the food (even though she doesn’t like all of it, she’s tried it) the culture and the people, but the one condition, which is not surprising, is to be able to speak fluently in Romanian, which is the language spoken in Moldova.

She likes the lifestyle there as well, although it is very different than her hometown. Another fan asked about current Covid-19 restrictions on travel and said she and Andrei indeed are hoping to go back at least for another visit because they miss his family and Eleanor, now a toddler should see her foreign family as well.

Stay tuned to “90 Day Fiancé-Happily Ever After” on TLC, and check back here frequently for all the latest news, updates and gossip about all your fave “90 Day Fiancé” shows and stars!