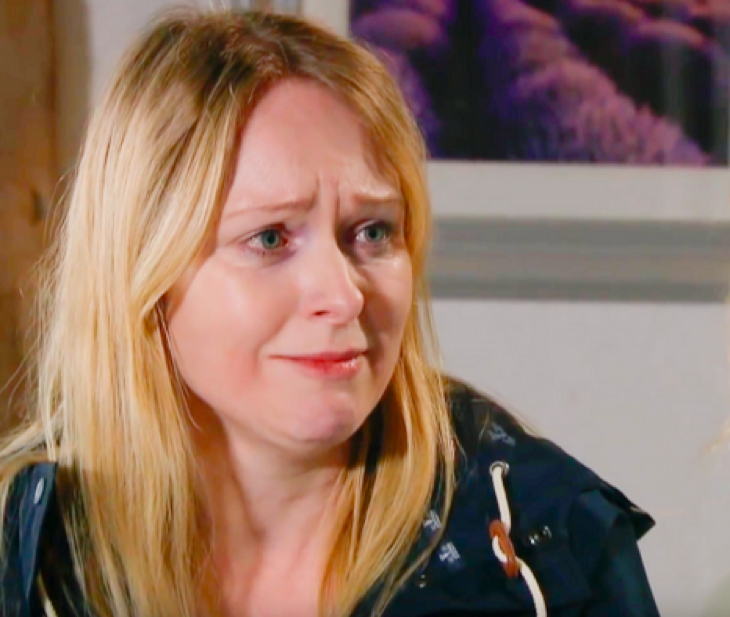 Emmerdale spoilers hint that Vanessa Woodfield (Michelle Hardwick) will be coming home after being in the hospital for surgery. Vanessa went into operation for her cancer and made a recovery. Now she will be able to go home to her family now that she has recovered from the surgery.

Of course, that put a lot of stress on her, and from that point, she had the idea in her mind that she would die from cancer. This made her approach the disease with that mindset. Before she went into the hospital for surgery, she decided to draw up a will in case she died during surgery. Vanessa did reveal her cancer diagnosis to Charity first and wanted to keep it a secret from everyone else.

However, later Tracy found out about it from Charity, which led Vanessa to fill other people in as well. She would soon tell others such as Noah Dingle (Jack Downham), Sarah (Katie Hill), Rhona Goskirk (Zoe Henry), Paddy Kirk (Dominic Brunt) and Chas Dingle (Lucy Pargeter). She later revealed that to her sister, Tracy Metcalfe (Amy Walsh), but wanted to keep that a secret from fiancée Charity Dingle (Emma Atkins) in order not to worry her.

However, after the surgery was finished, she found out that it had been successful. She would still have to go through chemotherapy, but it seems that she will be able to make it through and recover from cancer. She still had to stay in the hospital for a while to recover from the surgery. However, soon she will make the return home, but she is not completely out of the hospital as she will still have Chemo to go through.

Viewers can look forward to Vanessa going back home. What do you think? Are you happy to see Vanessa back at home? Be sure to catch up on everything happening with the soap right now. Come back here often for Emmerdale spoilers, news, updates, and rumors!