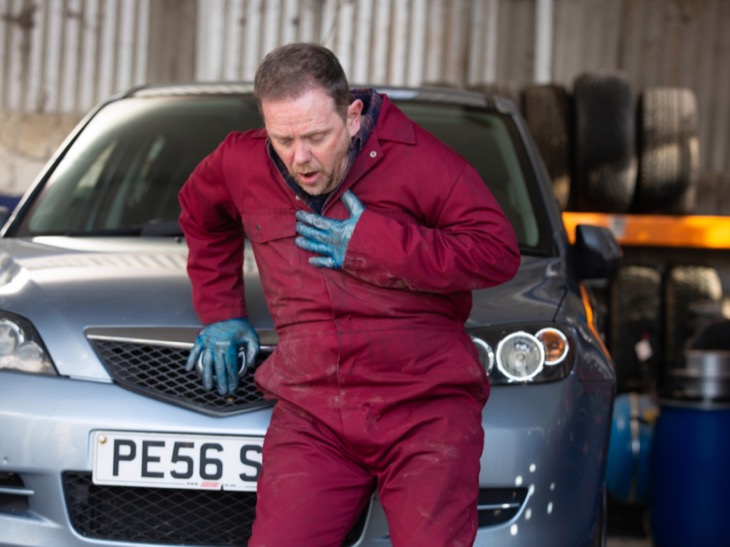 Emmerdale spoilers hint at Brenda Walker (Lesley Dunlop) covering up her involvement in Dan’s health care. Dan Spencer (Liam Fox) will be having a significant health scare crisis that will be able to be linked back to Brenda. However, Brenda will try to make sure that she is not connected back to the accidental cause of Dan’s allergic reaction. Will she get away with covering up her involvement?

Emmerdale Spoilers- Eric gets Brenda to Cover up Involvement

It does look like she will not come up with this decision on her own, as Eric Pollard (Christopher Chittell) will be concerned about Dan’s health scare coming back to her. This will make him suggest the idea of getting rid of the evidence to her. He will even go as far as helping her in getting all of the evidence that could be used against her and getting rid of the incriminating evidence.

Emmerdale Spoilers: Paddy leaves Chas – is this the end for them? https://t.co/0nvFaYyBok pic.twitter.com/2SzO8ISypI

With the incriminating evidence gone, they will not be suspected of the reason why Dan had suffered from the health scare. However, with some knowledge about the health scare from the previous time, she may not be out of the clear just yet.

It seems that Eric will not want Brenda to get in trouble for yet another incident that caused Dan to suffer from an allergic reaction. So, the best route will seem to be to get rid of the evidence. However, will his plans actually work? What do you think? Will Brenda get away with covering up her involvement? Are they causing more trouble for themselves? Will Dan be okay, and will he tell them what really happened?