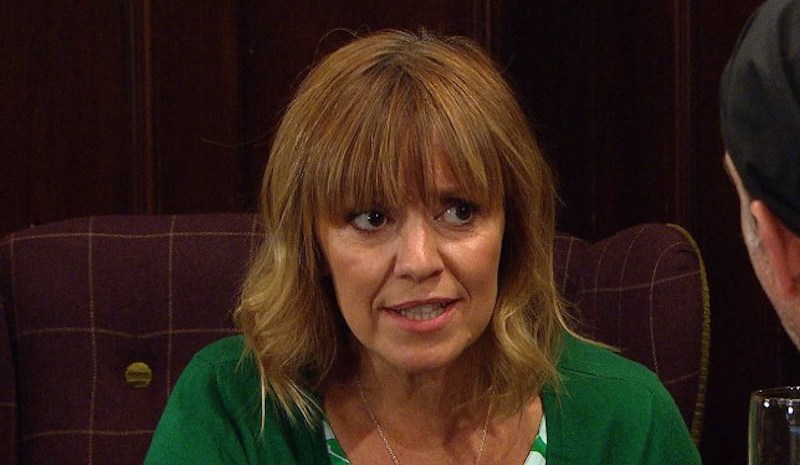 Emmerdale spoilers hint that Rhona Goskirk (Zoe Henry) will be learning of the fate of Pierce Harris (Jonathan Wrather). Pierce has been arrested for the murder of Graham Foster (Andrew Scarborough) and for kidnapping as well. Soon, he will be coming face to face with his fate, and Rhona will find out what that will be soon. Will Pierce be punished for his crimes?

Emmerdale Spoilers- Pierce is Being Charged for Murder

Pierce has caused a lot of drama since Graham died as he was the cause of Graham’s death. Not to mention that he did kidnap Vanessa Woodfield (Michelle Hardwick) and her son. This put a lot of stress on an already sick Vannessa as she was kept away from her son throughout the whole process. He also found out about her diagnosis and continued to wave the idea of her dying in front of her, especially when talking about her kid, which was torture for her. He then had Vannessa invite Rhona over so he could convince her to run away with him. However, that is not what she wanted to do, and when she came over, she tried her best to stall for as long as possible, and that is when Kim Tate (Claire King) came around. Rhona was able to find Kim Tate’s phone and sneak a video of him when he was not paying attention.

After getting him to confess to the murder of Graham Foster (Andrew Scarborough), she was able to get away from him and save Vanessa and Kim Tate, and he was arrested. They found evidence that proved that he killed Graham. Viewers would not know the fate of Graham, leaving them in limbo. However, in the coming episodes, Rhona and the viewers will finally learn the future of Pierce through a phone call. The sentence that he will be facing will be life in prison, which means that she will not have to worry about seeing him out of prison anymore.

What do you think? Will this news bring peace to Rhona? Will this be the end of Pierce being on the show, or will he find another way to make an appearance? Be sure to catch up on everything happening with the soap right now. Come back here often for Emmerdale spoilers, news, and updates!

The Young and the Restless Spoilers: Spring Preview Teases What To Expect From Genoa City’s Key Players