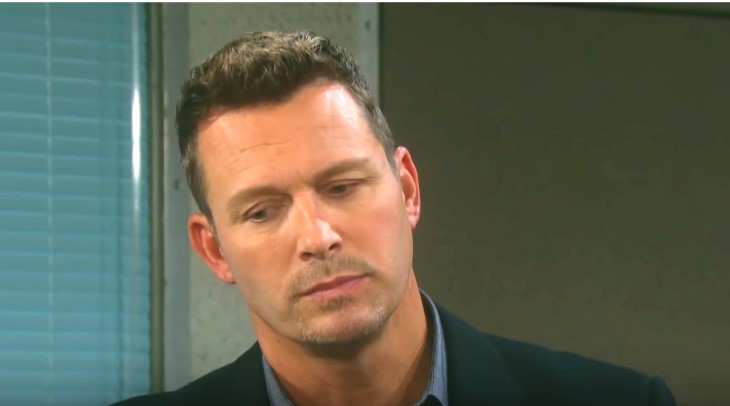 Days of Our Lives Spoilers – Brady Black Perplexed About Birthmark 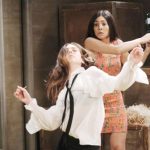 DOOL spoilers reveal Brady recently told Nicole about his dead daughter’s birthmark. It was the shape of a heart on the back of her neck. While looking in at baby Mickey, Nicole noticed that she has that same birthmark. Knowing it can’t be a coincidence, she has connected the dots and is sure that Dr. Raynor (Victoria Platt) can tell her something; she just needs to track her down.

As seen on Tuesday’s episode, Nicole sent Mickey’s DNA off to the lab. However, she doesn’t realize that the lab tech has already been paid off by Xander Cook Kiriakis (Paul Telfer). Eric nearly caught her talking to the lab tech, so she had to lie and tell him that she was getting some tests done on herself.

Days of Our Lives spoilers reveal Eric will start to suspect something strange is going on. He ends up confronting Abe about Nicole. However, will Abe tell him the truth or cover for Nicole until she can prove that Mickey is Brady and Kristen DiMera’s (Stacy Haiduk) baby?

Eventually, Eric will come to the realization that Nicole has lied to him once again. We all know how he feels about secrets and lies. Once he discovers that it’s about Mickey, then Eric is going to be devastated. Not only will he lose the child he thought was his, but it could lead to another rift for “Ericole.”

Fans can also expect Hattie to make a big decision after her discussion with Roman Brady (Josh Taylor) about their feelings. She will come to the realization that leaving town would be best for her. How will Roman deal with this and could Hattie return one day?

What do you think is going to happen with Brady, Kristen, Eric, Nicole, and baby Mickey? Will relationships change when the truth finally comes out? Fans will have to keep watching the NBC soap opera to see how this story ends.