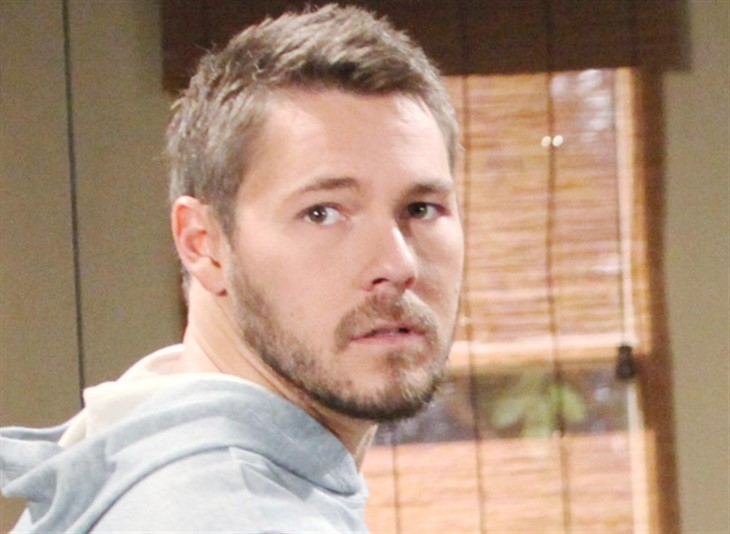 CBS The Bold and the Beautiful spoilers reveal that the tug-of-war between Liam Spencer (Scott Clifton) and Dr. John Finnegan (Tanner Novlan) is just getting started. The two men will battle over Steffy Forrester (Jacqueline MacInnes Wood), but with very different intentions. Liam wants control over his ex while Finn tries to protect Steffy. Will their war jeopardize her recovery?

The Bold And The Beautiful Spoilers – Liam Spencer’s Constant Control

B&B spoilers reveal that Liam’s control over Steffy was gradual and subtle, so it went unnoticed. He waffled between two women, used Kelly Spencer (Colette and Avalon Gray) as a prop in his cruel mind game and pretended to be her friend. He “needed” her advice or to “talk” about the other woman. However, Finn will be a problem in Liam’s quest to continue controlling Steffy.

The treatment didn’t just keep her away from painkillers, but what led to her numbing the pain. This means that she has been able to admit and process her emotional trauma. Even though she is now facing and dealing with her pain, she still has a long way to go. This will make what happens after rehab so important.

Liam wants everything to remain the same, with him and Hope Logan (Annika Noelle) keeping Kelly. He wants to be the one who dictates if Steffy can see her daughter, when it happens, for how long and to have the power to rip Kelly away if he so chooses. However, Finn is going to put a stop to that.

The Bold And The Beautiful Spoilers – Dr. John Finnegan’s Intentions

The Bold and the Beautiful spoilers reveal that Finn only wants what is in her best interest and to prevent further trauma from destroying her. Liam doesn’t like this at all, especially when Finn “disobeys” him and reunites Steffy with her daughter. Novlan told Soap Opera Digest,

“Finn realizes Liam isn’t happy, but he’s not worried. His only concern is Steffy. He wants to make sure she gets back to who she was, a strong empowered woman, someone who was in charge of her life. Finn vows to ensure that is never threatened again.”

The Bold And The Beautiful Spoilers: Thomas Forrester Not Happy, Finds He Has Competition From Zende #bb #Boldandbeautiful https://t.co/zgQyEEwqGe

B&B Spoilers – Will Her Sobriety Be Jeopardized?

Even though the tug-of-war between Finn and Liam could affect Steffy’s sobriety, we don’t think that will happen. The soap told a story of opioid addiction and what led up to it for one particular character.

“A tug of war seems to be developing… Finn knows that because they share a daughter, Liam is going to be in Steffy’s life forever. Because of that, Finn knows that he has to play the game right and think long-term for Steffy. He also recognizes that Liam is the cause of a lot of Steffy’s emotional pain, which drove her to use an opioid to try to manage that.”