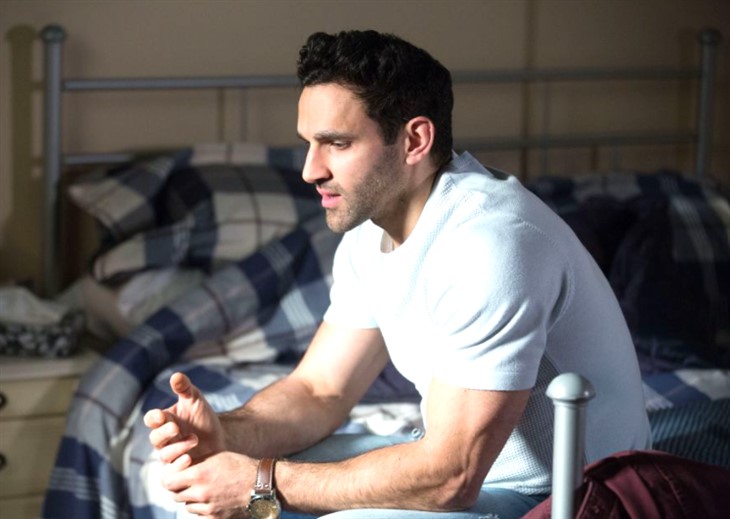 BBC EastEnders spoilers reveal that Kush Kazemi is going through a gambling addiction. There are already hints that it is going too far and he could end up in serious trouble. Actor Davood Ghadami confirmed that in a recent interview. He teased that Kush’s gambling will spiral out of control. However, Kush is in denial and doesn’t think it’s a big deal.

Eastenders Spoilers – Getting Addicted During Lockdown

When the soap returned after production shut down, we learned what everyone had been doing during the lockdown. For Kush, he ended up spending his time online gambling. However, it’s not just an occasional bet. He has become addicted and it is teased that it will lead to his exit story next year. The actor talked to Digital Spy about what caused the addiction.

“Being in a situation like a lockdown is going to exacerbate that problem. With Kush, he found that little buzz that he was looking for. That little escape that maybe he needed. And one thing leads to another. It got to the point where it got a bit serious and he started to feel that buzz more strongly than he was expecting.”

Eastenders spoilers reveal that Suki Panesar (Balvinder Sopal) is demanding more rent from the Slater family. Everyone is stressed about this and Kush is going to try and do his part. However, gambling isn’t the way to come up with rent money. He thinks that because he won once, he’ll win again. However, many people know that gambling doesn’t work like this and people end up spending much more than they win.

Eastenders Spoilers – Spiraling Out of Control

Ghadami teased that right now, Kush doesn’t think he has a problem. He also said that Kush could end up spiraling and things could get out of control. The character is enjoying the adrenaline rush that comes with gambling and thinks he has more than luck on his side. He genuinely believes that he has what it takes to beat people and win money.

As for Kush accepting the suspicious offer to play poker with the Panesar family, the actor explained,

The desire to do this to a family like the Panesars, who he feels are looking down on him, is too much of a pull to ignore. Which is why he goes ahead and does it. He wants to take them on and he wants to beat them.”