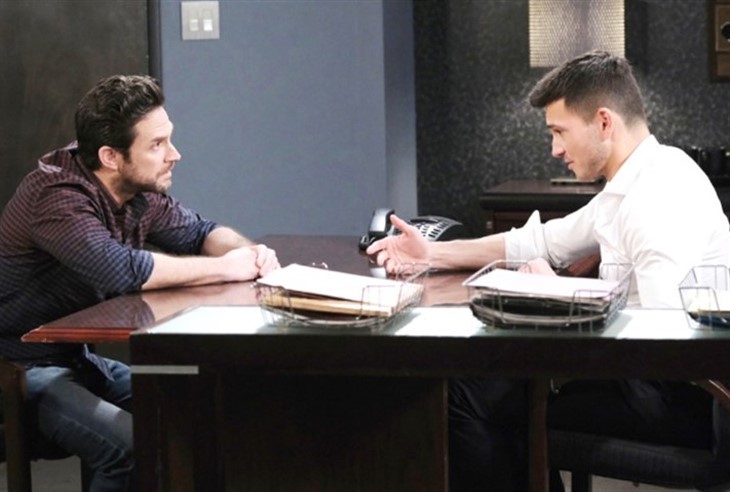 New Days of Our Lives spoilers reveal that in two weeks, Ben Weston (Robert Scott Wilson) loses control and gets arrested. The only thing on Ben’s mind these days is avenging Ciara Brady Weston’s (Victoria Konefal) death. So, the arrest must be related to Vincent Belman (Michael Teh). It is also confirmed that Jake Lambert (Brandon Barash) bails his friend out of jail.

DOOL spoilers reveal that Ciara is presumed to be dead. In the next two weeks, Ben will somehow confirm Ciara is really dead. This will make him even more determined to make Vincent suffer. Ben has been thinking about how he’s going to do it for several episodes. We have even seen his career criminal father, Clyde Weston (James Read) try to talk Ben out of it.

It is teased that in the next two weeks, Ben will end up losing control. We already know he stole Vincent’s gun from the Salem police department’s evidence. So, it is clear that he has that gun in hand and tries going after Vincent. Just because the psychopath is in police custody doesn’t mean Ben can’t get to him. There is the word that Ben ends up assaulting Eli Grant (Lamon Archey) in order to get to Vincent.

Days Of Our Lives News Update: Brandon Barash Back On The DOOL Set and Kicking Butt

Days Of Our Lives Spoilers – Apprehended And Arrested

Days of Our Lives spoilers indicate that Ben probably won’t succeed in killing Vincent. We know that actor Robert Scott Wilson is sticking around on the soap, so he’s likely not going to prison. In order for him to not end up back up behind bars, he can’t kill Vincent. So, he is probably stopped just in time. However, he will get arrested. Assaulting a police officer and stealing evidence are two possible charges he could face.

Days Of Our Lives Spoilers – Jake Lambert To The Rescue

It is confirmed that Shawn Brady (Brandon Beemer) tries to get through to Ben and convince him to let his rage go and move on with his life. Then, we have Dr. Marlena Evans (Deidre Hall), who will probably make it clear that Ben’s actions were a trauma response rather than a premeditated criminal act.

Also, Jake will get involved and bail his buddy out of jail. However, there is still the issue of how Ben will move on after Ciara. Is that even possible for a man with his history?

Be sure to catch up on everything happening with DOOL right now. Come back here often for Daily Days of Our Lives spoilers, NBC soap opera news, and recaps.