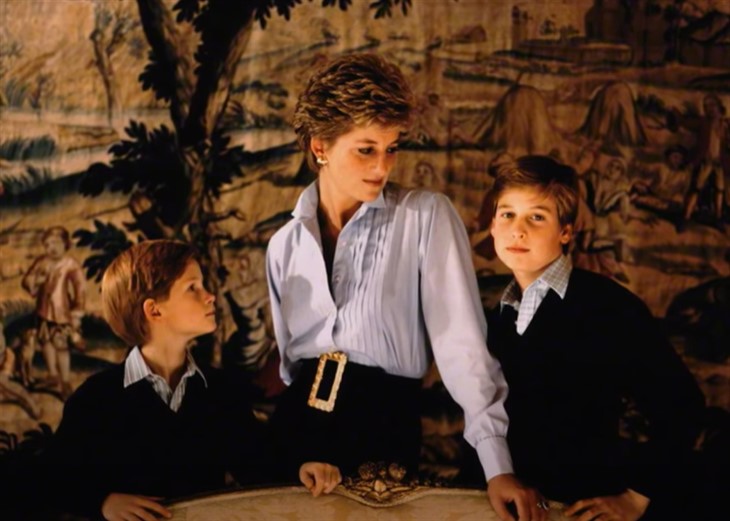 In Battle of Brothers, Robert Lacey does his darnedest to expose the dysfunctional atmosphere in which Princes William and Harry grew up. At times it’s hard to discern if he is merely trying to explain, or blatantly coming up with excuses for, their questionable behavior and poor choices.

At one point the author seems to blame the firing of their nanny, Barbara Barnes, as somehow being responsible for some of their eye-raising actions. Is this true or at best wishful thinking, at worst a deflection of blame? At the very least Lacey seems to make the point that the ouster of their nanny resulted in difficulties for the boys, perhaps even emotional problems.

According to Lacey, “The brothers tended to wake with the dawn, so Baba, as they called her, would bring them into her bed most mornings to play together, before giving them their breakfast and passing them on to their parents when they awoke … and became something of a surrogate mother, particularly to William who’d been her solitary charge for two years before the appearance of Harry.”

Was The Disappearance Of William And Harry’s ‘Surrogate Mother’ Cause For Bad Behavior?

She was apparently their foremost caretaker and, “taught both boys to walk, talk, and read. She comforted them when they awoke to cry in the night. In the absence of their parents, Baba even took her charges away on their own ‘family’ holiday without parents — to Scotland and the Isles of Scilly — where she set the agenda every day as any mother would.”

In 1986 Barnes took the princes on a vacation to Mustique, and, “There, the nanny was photographed alongside celebrities such as Raquel Welch and Princess Margaret — to the intense irritation of Diana. Baba had got above herself, Diana decided, and she made that clear when the nanny returned to work.”

How Prince Harry & Meghan Blew Their Chance To Turn Their Image Around When Meghan Threw A Pity Party On The BBC #PrinceHarry #MeghanMarkle https://t.co/QRn3BrW3DM

Did Princess Diana Fire Princes William And Harry’s Nanny Out Of Jealousy?

And then, “One weekend, she just wasn’t there anymore,’ recalled Highgrove housekeeper Wendy Berry. Diana had given instructions that the nanny’s bags should be packed and all trace of her removed. ‘No one saw her again.’”

No doubt the overnight disappearance of a person the princess had come to rely on would be traumatic, and Lacey asserts that Diana did this out of jealousy. But could such a move be tied to any subsequent emotional or psychological problems on the part of William and Harry?