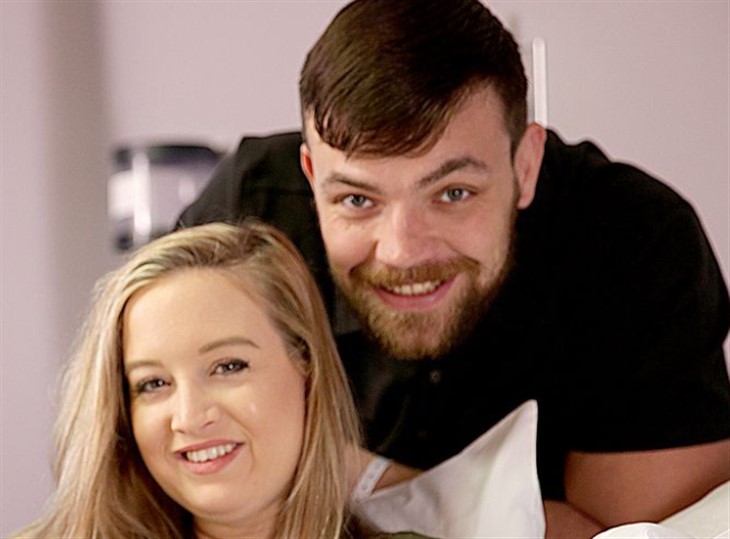 TLC’s “90 Day Fiancé-Happily Ever After” stars Andrei and Elizabeth Castravet have baby news rumors swirling. Elizabeth put five emojis in her Instagram bio, a ring, a groom, a bride, a baby, and a pregnant lady! Fans are seeing code in the emojis, and think the pregnant lady means they’re expecting baby number two!

As of this writing, Andrei and Elizabeth have not made any formal pregnancy announcements. It’s easy, however, to see why fans think the emojis are a code. It could represent a timeline for Elizabeth – a ring, she and Andrei’s engagement, a groom, Andrei, a bride, Elizabeth. This would represent their romance and American wedding. A baby could be Eleanor and a pregnant lady could mean another baby is on the way!

There is a second fan theory, however – that it stands for their timeline on the show. The bride and groom emojis would stand for their Moldovan wedding in that one. Andrei and Elizabeth are one of the solid “90 Day Fiancé” couples, without a doubt. There have been no major fights or talks of separation of divorce as there have been with many other couples. Most of the drama comes from Elizabeth’s family; with her brother Charlie Potthast and her sister Jenn Potthast Davis being the biggest troublemakers, although their father Chuck Potthast sometimes is not far behind!

It would not be a huge surprise if another baby was on the way, however, fans are divided. A photo with Andrei and Elizabeth sharing a glass of red wine resulted in some fan chatter on Reddit, with some fans saying she couldn’t be pregnant. Pregnant women can’t drink alcohol-but other fans said one glass of wine early in pregnancy won’t hurt. No one brought up the subject of non-alcoholic wine, although it does exist in a variety of flavors. However, since the fan uproar about the emoji code both the photo of them sharing a glass of wine and the emojis have been deleted! There is only a wedding ring shown now!

Neither Elizabeth nor Andrei have said or posted anything regarding either “the emoji code” or possible pregnancy. Perhaps the deletion of all the emojis except the wedding ring is an answer – indicating no, she’s not pregnant again! That doesn’t explain the deletion of the photo of the two sharing a glass of red wine, however. Perhaps she deleted it because of all the confusion!

However, a quick perusal of Elizabeth’s Facebook account showed two posts with similar emojis, although not all of them mentioned on the Instagram post. They were spread over two different photos. There is a Moldovan flag, a bride, a groom, and a baby on a post with several photos of their Moldovan wedding. Elizabeth captioned the post that she loves Andrei so much she married him twice! The other photo is of Elizabeth in her Moldovan wedding dress nursing Eleanor.

That has a diamond, a heart, a bride, and a baby. Elizabeth posted referring to Eleanor, that she is more precious than jewels. Instagram, although owned by Facebook, does not have the emojis that Facebook does. On Instagram, the same posts and photos are there but the emojis are of the type created by keystrokes on a keyboard! Until the couple actually makes a baby announcement, the whole emoji code discussion appears to be a conspiracy theory of sorts!

Stay tuned to “90 Day Fiancé-Happily Ever After” and keep checking here frequently for all the latest news, updates, and gossip about all your fave “90 Day Fiancé” shows and stars!