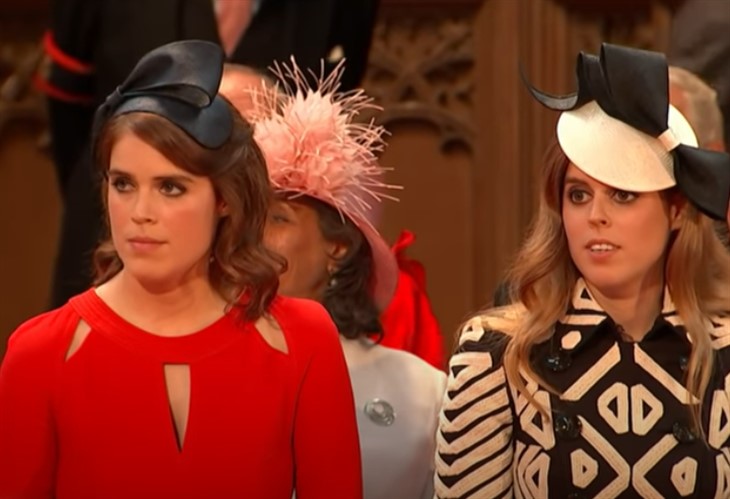 Royal watchers were filled with joy when Princess and her husband Jack Brooksbank made the announcement that they are expecting their first baby in early 2021. Last Friday she posted a picture of her and Jack’s hands holding a pair of baby slippers and captioned it, “Jack and I are so excited for early 2021…”

In the week that’s followed here have been a lot of questions come up, like what is the baby’s gender and what name will the new parents choose for their firstborn. Royal fans are also curious to know if Eugenie breaks or follows a certain royal tradition.

What they are wondering is, how will Eugenie handle her baby’s baptism? She has the choice of a private or a public baptism for her little one.

Royal tradition dictates that a private baptism is held when an infant is about three or four months old. But Eugenie’s mom, Sarah Ferguson, broke that tradition. Princess Eugenie was born in 1990 and she was the first royal baby to have a public christening. In a special touch, loudspeakers blared the ceremony across the estate.

Will Eugenie’s baby be the second royal baby to have a public christening; perhaps broadcast across the land through bullhorns?

Eugenie Had A Publically Broadcast Baptism

Eugenie was also the only one of the Queen’s grandchildren not to be baptized in the traditional Lily Font and after Eugenie, all of the rest of the royal christenings reverted back to form and were held in private.

Eugenie and her husband have a big decision to make—will she do as her own parents did or will she choose to follow royal tradition?

Princess Eugenie: 5 Reasons Why She Is The Royal Family’s New Darlinghttps://t.co/fcZRKwBqME

Eugenie Announced Her Pregnancy On Social Media With A Delightful Picture

In addition to Eugenie’s announcement, Buckingham Palace released an official statement that read: “Her Royal Highness Princess Eugenie and Mr. Jack Brooksbank are very pleased to announce that they are expecting a baby in early 2021.”

“The Duke of York and Sarah, Duchess of York, Mr. and Mrs. George Brooksbank, The Queen and The Duke of Edinburgh are delighted with the news.”

Both announcements garnered a great deal of attention and fans wrote in to congratulate the couple and send well wishes. Some fans went so far as to exclaim that Eugenie’s news was the best of 2020 and thanked her for bringing a bit of brightness to the world.

Sarah Ferguson tweeted this: “I am so excited by the news that Eugenie and Jack are expecting their first child. “Thrilled for them both and in my 60th year cannot wait to be a grandmother. Welcoming a new baby into the York family is going to be a moment of profound joy.”

The Bold And The Beautiful Spoilers: Zoe And Carter Falling In Love – Hot New B&B Couple