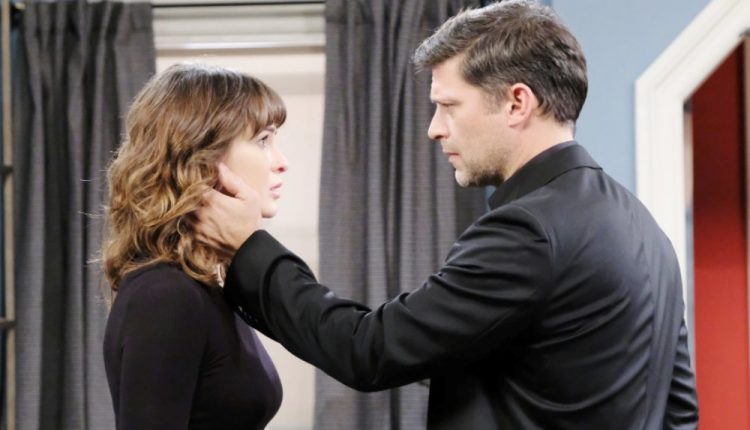 Days of Our Lives (DOOL) spoilers tease that Erik Brady (Greg Vaughn) and Sarah Horton’s (Linsey Godfrey) return to Salem to will eventually lead to yet another secret from Mother’s Day coming out. As viewers recently discovered, Sarah and Erik’s baby actually died not long after she was born. But once again Xander Cook (Paul Telfer) and Victor Kiriakis (John Aniston) decided they would play God with people’s lives.

Days of Our Lives Spoilers – Victor Kiriakis was trying to control a bad situation.

In order to keep Maggie Horton (Suzanne Rogers) from finding out that she was the one who drove Adrienne Kiriakis’ (Judi Evans) car off the road while drunk, Victor not only let Will Horton (Chandler Massey) believe that he was guilty of causing the car crash but by doing so, he let will take the blame with the authorities. Because Adrienne died, Will is currently serving time in prison for her death.

Perhaps even more horrific is the fact that because of the trauma from the car wreck, Sara’s baby died shortly after birth. But there was another baby born that day, the little girl belonging to Kristen DiMera (Stacey Haiduk) and Brady Black (Eric Martsolf) and she just happened to be in the nursery when Sarah’s baby died. So Victor and Xander switched the babies, leaving Kristen and Brady to believe that their child died.

Days Of Our Lives Spoilers: Are Brady And Kristen Reuniting? Baby Brings Them Together Again https://t.co/2DEjLNTQhQ pic.twitter.com/iJnHjRaRCP

Days of Our Lives Spoilers – Even more troubling

But the surviving infant is now having health issues of her own. She was diagnosed with cancer, so almost immediately Sarah and Erik traveled along with baby Mickey to Boston to begin treatment there. But the cancer is resistant to at least the first rounds of chemo at this time so it’s a scary time for them. And at some point, these medical concerns will likely lead to the devastating revelation Brady and Kristen’s child is alive!

Once Sarah and Eric accept the fact that they aren’t Mickey’s parents, it will be time to mourn the child they lost. Once Sarah discovers everything Xander did she likely won’t want him anywhere near her. And since Erik now believes that Nicole is with Brady, he will find himself turning back to Sarah. Perhaps the love they had for each other was stronger than they thought and the tragedy will lead them back into each other’s arms!

Will Erik and Sarah find their way back to each other while they mourn their child? Will Sarah be done with Xander for good? And does Nicole have any chance of getting Erik back? A lot of things will change, and not all for the better, so stay tuned to Days of Our Lives airing weekdays on NBC. You can also watch any episode the day it airs on the NBC app any time after 8 pm EST on the airdate. And don’t forget to check back here regularly for all your Days of Our Lives news, information, and spoilers!