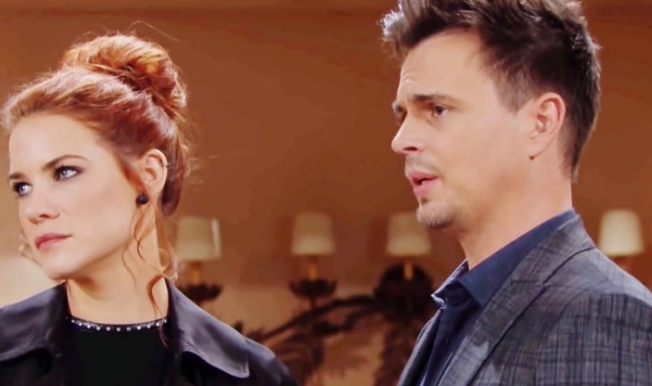 The Bold and the Beautiful spoilers reveal Wyatt Spencer (Darin Brooks) will try and find out what is going on with Sally Spectra (Courtney Hope). He tries and gets into her personal business even though the two are no longer together. Does he have a right to find out what she is hiding or is he overstepping his bounds? Fans have been very vocal about their feelings on the storyline.

The Bold and the Beautiful Spoilers – Sally Spectra’s Broken Heart

B&B spoilers indicate that Sally is going through a lot right now. She has a medical issue, is struggling professionally and also is wrapping her head around Wyatt’s decision to be with Flo Fulton (Katrina Bowden). Of course, the only thing that Wyatt knows is that she is dealing with something and just assumes it has to do with him breaking up with her.

Katie Logan (Heather Tom) will go with Sally when she visits a specialist. She needs to get to the bottom of her symptoms. However, what the doctor says will change Sally’s life forever. We don’t know exactly what is wrong with the character, but many of her symptoms seem to indicate a neurological problem.

After learning what her fate is, Sally will put Katie in a tough position and ask her to keep it a secret. Katie seems to struggle with this, but will do her best to honor Sally’s wishes.

The Bold and the Beautiful Spoilers: Flo Is About To Race Down The Aisle – Quinn Pushes Her To Marry Wyatt https://t.co/Ah1ssLNHG8 pic.twitter.com/NkukQcxPYI

The Bold and the Beautiful spoilers indicate that Wyatt can tell that Sally is hiding something. He also hears through the grapevine that Sally isn’t acting like herself. So, he takes it upon himself to visit her at Forrester Creations. He is only concerned about her well-being, but Sally wants nothing from him and finds his intrusion to be crossing the line.

If Wyatt and Sally were still together, then him searching for the truth would be understandable. However, he broke her heart to go back to Flo. So, what goes on in her personal business shouldn’t be of any concern to him. Plus, Sally has every right to have her boundaries respected and by Wyatt pushing this, he is crossing the line.

The Bold And The Beautiful News Updates: Kiara Barnes Stars In Lifetime Movie With…