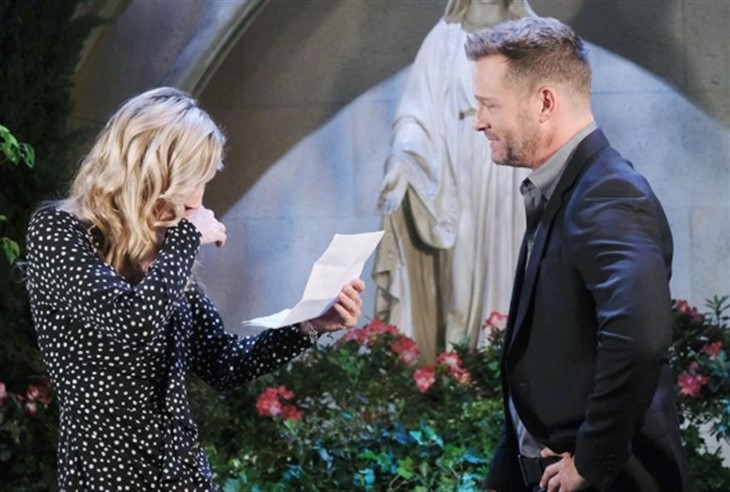 NBC Days of Our Lives (DOOL) spoilers for the week of October 26 reveal that Kristen DiMera (Stacy Haiduk) goes to court to face the charge of attempted murder. She ended up confessing to stabbing Victor Kiriakis (John Aniston) at the last minute. Lani Price Grant (Sal Stowers) will find out her best friend’s fate. Will Kristen go to prison or be set free?

Days Of Our Lives Spoilers – Melinda Trask Almost Gave In

DOOL spoilers reveal that Lani gave an emotional speech to DA Melinda Trask (Tina Huang). Her goal was to make Melinda understand that she is not the only person to lose a child. She talked about her stillborn son and insisted that Kristen didn’t murder Hayley Chen (Thia Megia). That she was distraught after finding the baby she wanted for decades had died. Melinda started crying and it looked like she was about to give in.

However, right when Melinda was about to stand up and give Kristen a break, she walked in. Despite Lani’s pleas for Kristen to stop, she ended up confessing to the crime. No matter how Melinda’s personal feelings were affected due to Lani’s speech, she is the DA and had to contact the judge immediately.

Days Of Our Lives Spoilers – Kristen DiMera’s Verdict Comes In

Days of Our Lives spoilers reveal that during the week of October 26, Kristen’s verdict will come in. She will find out what her fate is, if she will be going to prison for a long time and if her daughter will grow up without a mother.

It seems that Kristen gets lucky and leniency with the judge. This is because Kristen goes to tell Lani about the verdict. Now, she wouldn’t be able to do this unless she was set free. There are some cases where the defendants just have to report to prison on a certain date, giving them time to put their affairs in order. However, Kristen has fled before and is considered a high flight risk. So it is doubtful the judge does this.

Days Of Our Lives Spoilers Next Week: Kate Runs Into Clyde, Who Has Henry! Can She Save Allie’s Baby? #Days #DOOL #DaysOfOurLives https://t.co/FKOmIMmiqW

Plus, with Melinda still having Lani’s speech fresh in her mind, she might make a compromise. At the same time, Melinda can’t let someone like Kristen off the hook. Instead of prison, she might get probation and community service.