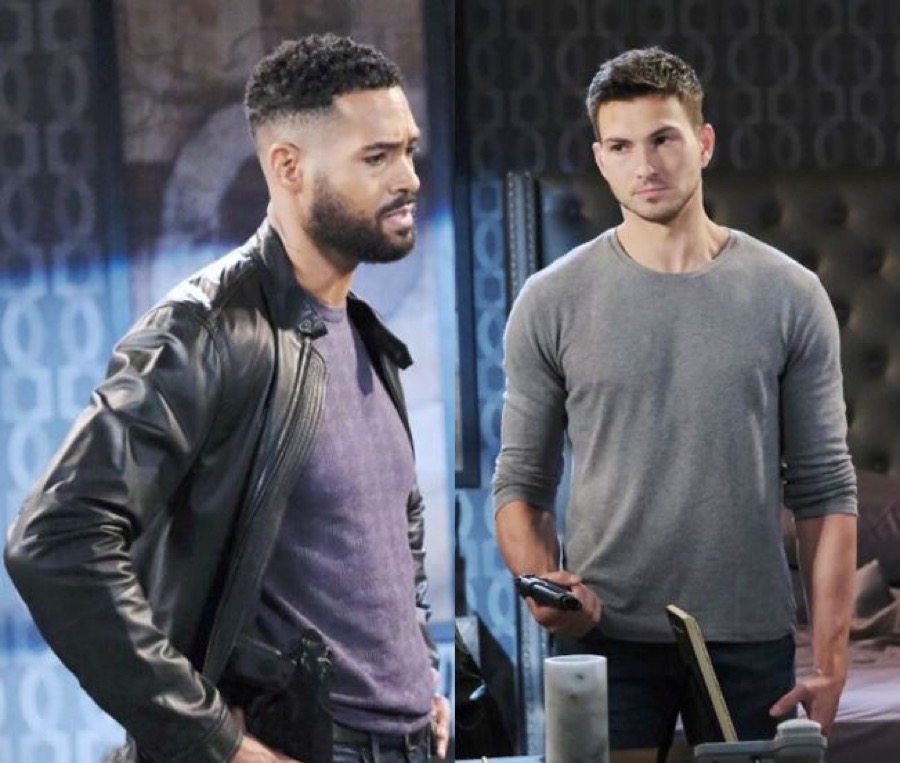 NBC Days of Our Lives spoilers tease that in Salem Eli Grant (Lamon Archey) will question Ben Weston (Robert Scott Wilson) about if he knows where his escaped father, Clyde Weston (James Read) is in an upcoming episode of Days of Our Lives!

Clyde escaped from Statesville Prison, along with Orpheus (George Del Hoyo) and Dr. Wilhelm Rolf (William Utay), and went straight to Ben’s hotel room. Ben was shocked as he opened his darkened room and there was Clyde, saying “Howdy Son!” The whole city of Salem and the prison were involved in a power outage, orchestrated by Orpheus through some operatives.

Once the Salem Police Department is aware of the prison break, which they are almost immediately, a search will begin for the escaped fugitives. The first place police look in a prison break is to see if the escapee’s close friends and family members might know where the escapee is. Although Ben was not exactly pleased to see his father, who had been abusive to him when he was growing up, Clyde is still his father.

Clyde cares for Ben, even when he does have a strange way of showing it. One reason Clyde has to go straight to Ben is his concern after reading of the tragic death of his brand new bride, Ciara Brady Weston (Victoria Konefal). He wants to make sure his son is okay – which he obviously isn’t – but he also wants a hideout and what better place than with Ben? He can hide out and keep an eye on his son at the same time!

Eli arrives at Ben’s hotel room and informs him there has been a prison break and that his father is missing. Eli asks Ben if he has heard anything from him, and of course, Ben lies and says no. There is a good possibility that he will want to search for the hotel room, and Ben will have to think quickly to prevent him from doing so!

It is quite likely possibility that Clyde is hidden somewhere in Ben’s room. He could be under the bed, in a closet, in a bathroom – and not only does Ben have to worry about Eli finding his father, but he also has to worry about Eli finding Vincent Belman’s (Michael Teh) gun he stole from the evidence! It may have been better if Shawn Brady (Brandon Beemer) had come on this call, but obviously, he must be otherwise occupied.

Days Of Our Lives News Updates: Arianne Zucker Chases Down UFOs In Her Latest Projecthttps://t.co/jF9hegAP9w

After all, he knows that Orpheus is loose and his mother and father-in-law Dr. Marlena Evans (Deidre Hall) and John Black (Drake Hogestyn) may be in danger. His wife Belle Black Brady (Martha Madison) will also be checking in on John. Ben will somehow manage to get Eli convinced Clyde is not there and he hasn’t heard from him, or perhaps Eli will be called elsewhere to attend to another matter. Either way, Clyde has put his son in a tough position!