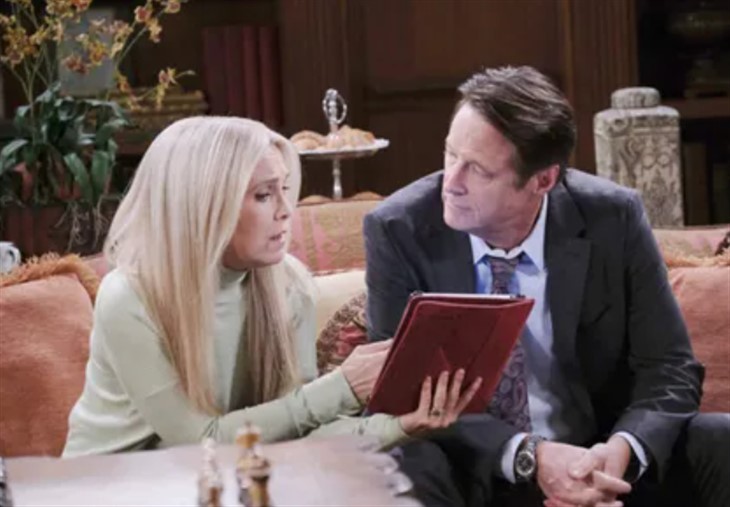 Days of Our Lives (DOOL) spoilers for the week of October 26 reveal that Hope Brady’s (Kristian Alfonso) exit will finally be addressed. There wasn’t much that could be done since the actress left without notice and wouldn’t return to film any exit scenes. So, the writers decided to have Hope to leave two Salemites an emotional and heartbreaking letter.

DOOL spoilers reveal that on October 14, Hope’s last scene aired on television. Many fans complained because they thought the veteran character deserved a better send-off. However, people need to remember that nobody knew the actress was leaving until after production shut down and she announced it to her social media followers. Since she wouldn’t return to the set, there was no way to film an exit story.

The very last scene that we saw of Hope was her crying while holding her daughter’s framed photo. She had just learned from Shawn Brady (Brandon Beemer) that Ciara Brady Weston (Victoria Konefal) was most likely dead. The conclusion that was reached was based on the lab report showing bullet cases that confirm there was a shooting.

Everyone thinks that Ciara didn’t survive, but we know from a leaked audition tape that she’s actually being held hostage somewhere.

Days of Our Lives spoilers from the new issue of Soap Opera Digest reveal that will get a letter from Hope. After they read what is written on the paper, they will both be stunned.

We’re not sure what Hope says in the letter but she isn’t even around for her daughter’s memorial. So, we have to assume that Hope had to leave Salem because everything reminded her of Ciara.

Executive producer Ken Corday previously stated that the door was being left open for Hope to return. He said at the time that they would not be recasting the character. However, viewers know all too well that recasts happen all of the time.

Days Of Our Lives Spoilers: Dr. Wilhelm Rolf Sneaks Up On Chad DiMera In The DiMera Mansionhttps://t.co/aGdHON5VsT

So, we will have to wait and see what happens. Maybe we will get lucky and Kristian Alfonso will decide to come back, even though she insisted that would never happen. You just don’t know what the future will hold.