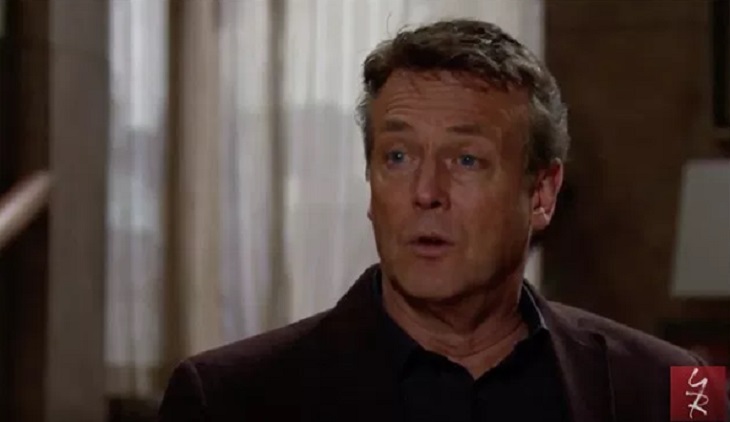 Fans rejoiced when news broke that Doug Davidson (Paul) was returning to the cast of ‘The Young and the Restless’. Supporter of Y&R have also been told that an Adam (most recently played by Justin Hartley) recast is in the works. Imagine daytime devotee’s reaction when both character comeback’s are combined!

Adam’s exit from GC was very deliberate. Hartley announced his voluntary intent to leave the show and departed with good feelings all around and an epic sendoff storyline that had his character apparently blown to bits by Chloe (Elizabeth Hendrickson) at a cabin in the woods on the outskirts of town in September 2016.

Paul got into it with Rey (Jordi Vilasuso) one day in the chief’s office at the police department last year and hasn’t been seen again. There was no subsequent explanation given, which was very strange considering the status of the actor and the character.

So, former executive producer and head writer Mal Young obviously wanted to write Vilasuso’s character into a position of prominence. In so doing a decision was also made to not schedule any work for Y&R’s second-longest tenured actor, topped only by Kate Linder (Esther), who’s played her role since the show’s debut year of 1973, giving her a five-year continuous run that’s longer than Davidson’s.

The welcomed return of Paul could take several forms. He could simply be written back in one day with no explanation, other than throw-off bits of dialogue that cover over his month’s long, oddly unexplained absence.

The announcement of Davidson’s revival in mid-February projects to an approximate late March return for Paul. Surely Rey’s boss will be directly involved in ending the J.T. (Thad Luckinbill) case, or should be. But what major arc would follow Y&R’s then nearly year-long arc?

With whoever plays the next Adam, or if that person has formerly filled the slot before Hartley, which assumes his likely non-return, meaning Michael Muhney, or Chris Engen, then this character’s on-screen return story will clearly be dramatic. So why not have Paul be central to the end of the J.T. tale and Adam’s long-awaited second resurrection, where he’s nabbed in GC?

Bold and the Beautiful Spoilers: How Far Will Bill Spencer Go To Win Back His Family?