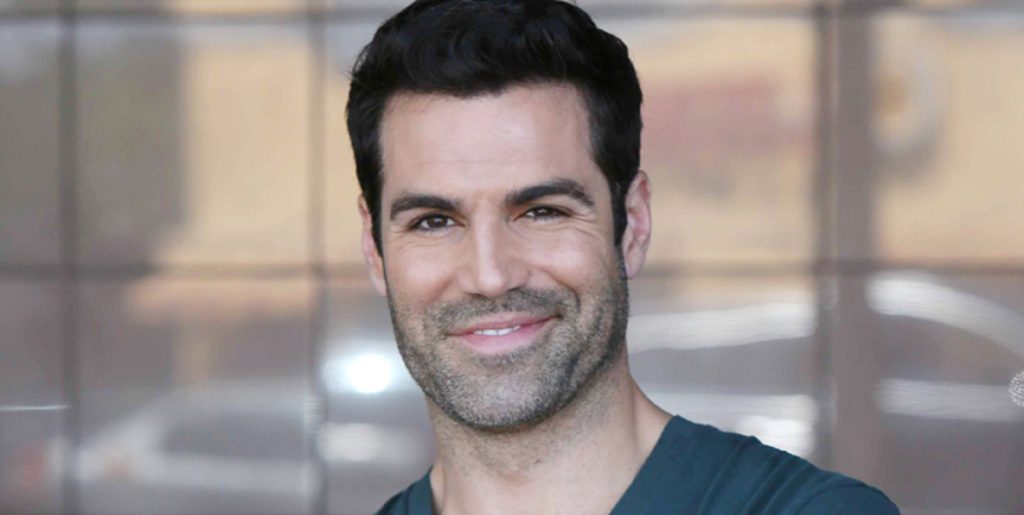 Jordi Vilasuso shares some hint on what to expect with Rey Rosales (Jordi Vilasuso) and Sharon Newman (Sharon Case). Apart from teasing the pair’s fate, he also opens up about his marriage and how he and his wife dealt with his love scenes on the show.

Young & The Restless News – Is Rey Rosales A Fun Character To Play?

The actor, who also portrayed Dario Hernandez on “Days of Our Lives,” said he loves working on “The Young and the Restless.”

“Everyone here has been just great. It’s a great collaboration, great stories, and I’m having a great time,” he said.

Since he’s playing a detective, he revealed that he started watching “NYDP Blue” and it served as a source of inspiration when portraying his character. He added that he’s played a cop before on other shows but this one are by far the most interesting since he can get to be one almost every day.

Y&R News – Will Sharon Newman and Rey Rosales Give It Another Go?

Vilasuso didn’t give out that much, but he does hope that they pair will get back together. He described Rey as a chivalrous, understanding, and forgiving person.

“You know, there’s such an appeal for Rey with Sharon, and what happened with Adam, I mean, talk about Rey being chivalrous and being an understanding person!” he said.

He recalled that Rey’s wife cheated on him, but he was still very forgiving and it made him a better person. When it comes to Sharon, she captures him in a unique way. It goes beyond physical attraction. Rey likes Sharon because of her personality, her struggles and experiences, and how she opened up to him.

The actor shared that he was really intrigued when he found out that his wife struggled to accept and cope when he was doing love scenes for the show.

He revealed that accepting what his job was and what it entails have been a huge part of their therapy. It wasn’t a big deal on his part since he was doing it since he was 19 years old. But it’s all new for his wife. So, they eventually developed certain things before he tapes the scenes like informing her about it, calling her after the shoot, and showing affection after work. Plus, Vilasuso’s haven’t had a lot of those scenes lately so that has helped their relationship as well.