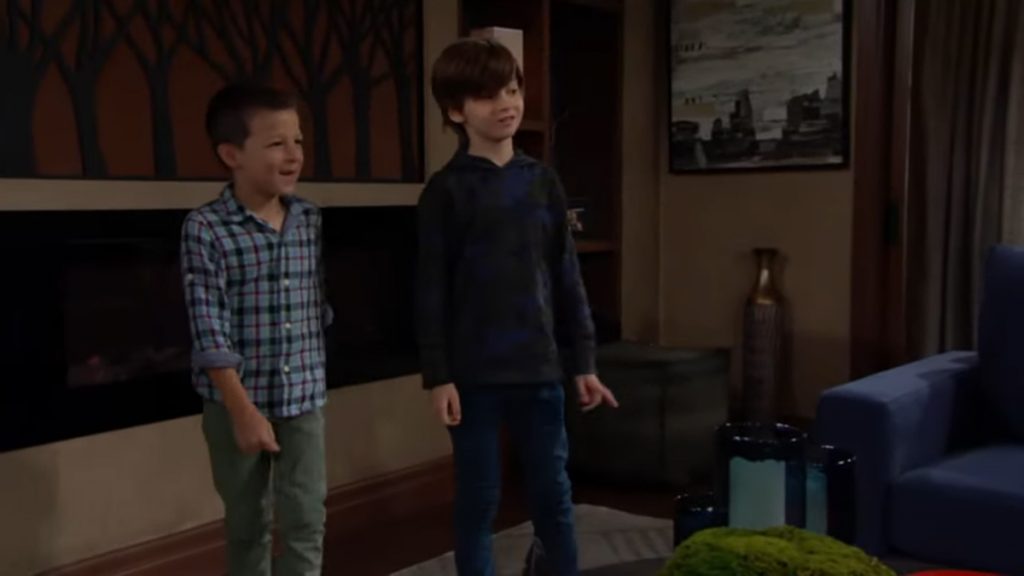 The Young and the Restless spoilers for Friday, October 18, tease that Nick Newman (Joshua Morrow) and Chelsea Lawson (Melissa Claire Egan) will be feeling great after their family night with Connor Newman (Judah Mackey) and Christian Newman (Alex Wilson). They’ll feel that they’re back on solid ground together as a couple and Chelsea will say that she’s now forgiven Nick.

They’ll want to put the kids to bed, but Christian will be nowhere to be found. Connor will indicate that Christian might be in the back yard, and Nick will go looking for him, then find him locked in the garage and upset. Connor will eventually admit to doing it because Christian was being whiny, and he’ll want to know if Chelsea is going to send him away, like his father.

Later, Chelsea and Nick will go back and forth about whether Adam Newman (Mark Grossman) should come back, with Nick thinking it’s a terrible idea. But Chelsea will think that they’re in trouble and Adam caused it, so he needs to come back and fix it.

Next on Y&R, in Las Vegas, Cane will awaken in a room, where there’s an envelope lying on the table that contains Katherine Chancellor’s (Jeanne Cooper) will. Cane will leave with the envelope and call to tell Jill Abbott (Jess Walton) that he’s coming home and bringing the original pages of the will with him.

Meanwhile, Elena Dawson (Brytni Sarpy) and Devon Hamilton (Bryton James) will talk about the will situation, which will really have Devon stressed out. Devon will be worried about Tucker McCall (Stephen Nichols) on top of everything else, and Elena will wonder if that “old jerk” that Amanda Sinclair (Mishael Morgan) referenced knew that Tucker would be out of reach. 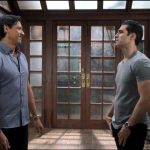 Next on Y&R, Abby Newman (Melissa Ordway) will balk at discussing The Grand Phoenix’s security system with Phyllis Summers (Michelle Stafford). But Phyllis will push, and they’ll go over Phyllis’ proposal for the system. Later, Phyllis will indicate to herself that Abby has no idea what she’s really up to.

Later, Devon will talk with Amanda at The Grand Phoenix and will say he can help her, and that she’s being taken advantage of. They’ll bicker, and she’ll think that he just wants her to leave because she looks like his dead wife. Devon will get exasperated and tell her that she can go home or go down in flames.

Next on Y&R, Elena will see Nate Hastings (Sean Dominic) at Crimson Lights. They’ll discuss the latest will goings-on and her recent altercation with Amanda. Nate will think that they haven’t been completely fair to Amanda, which will irritate Elena. Nate will think that Amanda is too smart to involve herself in a scam like this. Nate will tell Elena that he and Abby broke up, but Elena will feel like he should go see her and try to work things out.

Nate will then head to The Grand Phoenix but bump into Amanda. They’ll talk for a bit and Amanda will express frustration that she has had no cooperation from her client in the will matter. Nate will suggest that she hand off the case to her business partner, but she’ll say that her partner died.

Finally, on Friday’s new episode of Y&R, Phyllis will show up at Nick’s house. Nick and Chelsea will ask her about Adam, and after balking at first, she’ll give them the information on where to find Adam. Nick will tell Chelsea that he’ll go to Las Vegas and get Adam.