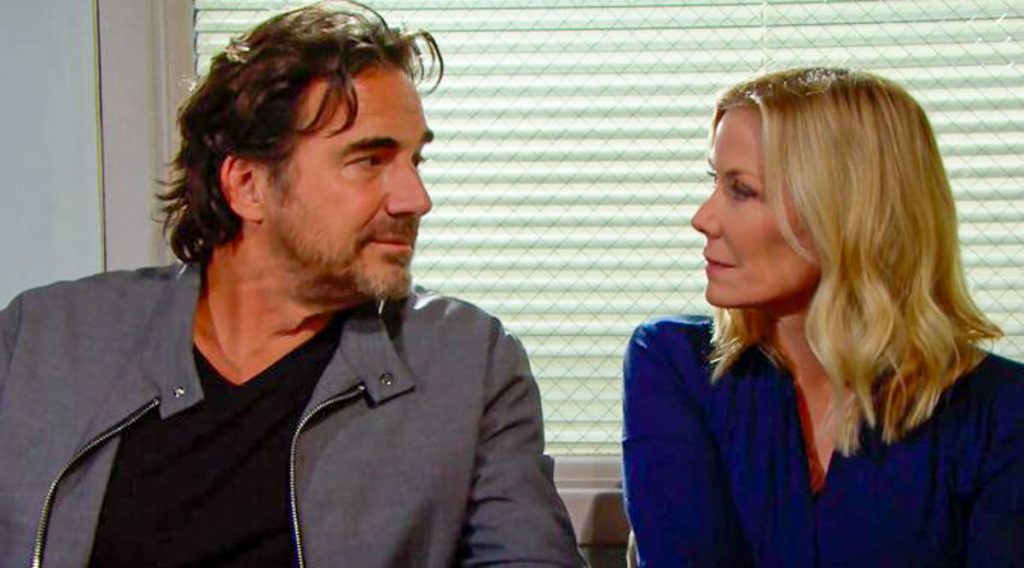 The Bold and the Beautiful spoilers tease that Ridge Forrester’s (Thorsten Kaye) latest mistake further cracks Bridge. He’ll be haunted by his choice to withhold what he’d just been told by Shauna Fulton (Denise Richards) about their night above Bikini Bar.

The above isn’t an early Halloween reference, but instead a comment on Brooke Logan Forrester’s (Katherine Kelly Lang) accurate assessment of Shauna as a threat to their marriage. After having already chosen to not initially tell his wife about Shauna’s assistance, concealing knowledge of the kiss is misguided.

Sure, Brooke would have been exasperated in learning about it. But Ridge was overly inebriated and wasn’t aware of what he was doing. Whenever this new information comes out it’s going to look as though more is hidden and maybe by that time it will be.

Shauna is after Ridge. She’s been open about her admiration for him, passing it off as related to his not standing in opposition to the immunity deal Flo Fulton (Katrina Bowden) received.

Ridge appears increasingly open to Shauna’s compliments. Contrasted against Brooke’s consistent critiques of him and Thomas Forrester (Matthew Atkinson), Shauna is a source of positivity.

Brooke believes, rightly, that Ridge isn’t doing what’s best for himself, or his family. Her instincts are spot on, but Ridge can’t see that because he believes Thomas needs protection and seemingly, never-ending help. 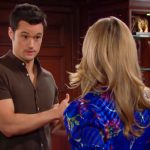 Continuing to work behind the back of the person who’s been the most supportive of him, Thomas is justifying his attempts to break up his father’s marriage by focusing on Brooke’s perceived negative influence.

The direct proposal Thomas just made to Shauna reveals that he hasn’t changed. The idea that Atkinson’s character would want another woman to destabilize, or hopefully end Bridge is the height of ingratitude.

But Thomas thinks that Brooke wanted him dead because of the cliff fall. Of course it was an accident, but Thomas is convinced otherwise and has come to see his step-mother and the entire Logan family, except for Flo, as a problem that he needs to remove from Ridge’s life and Forrester Creations.

Bold and the Beautiful Spoilers: Liam and Hope Taking on Too Much- Douglas Has Been Damaged By Thomas @celebratesoaps https://t.co/GiuPkXkNul

B&B fans know that Ridge will see the light at some point. His awareness of Thomas’ duplicity and Brooke’s wisdom projects as happening after it’s too late, however.

Thomas’ latest ploy is to use Shauna’s feelings for Ridge as a weapon against Brooke. If Bridge ends, then Thomas believes he’ll take over FC.

Surely, Ridge’s heartfelt efforts to help his son are heading to eventual heartbreak. Acknowledging that Thomas has a personality problem will represent the start of a solution, with all other outlooks furthering trouble until then.