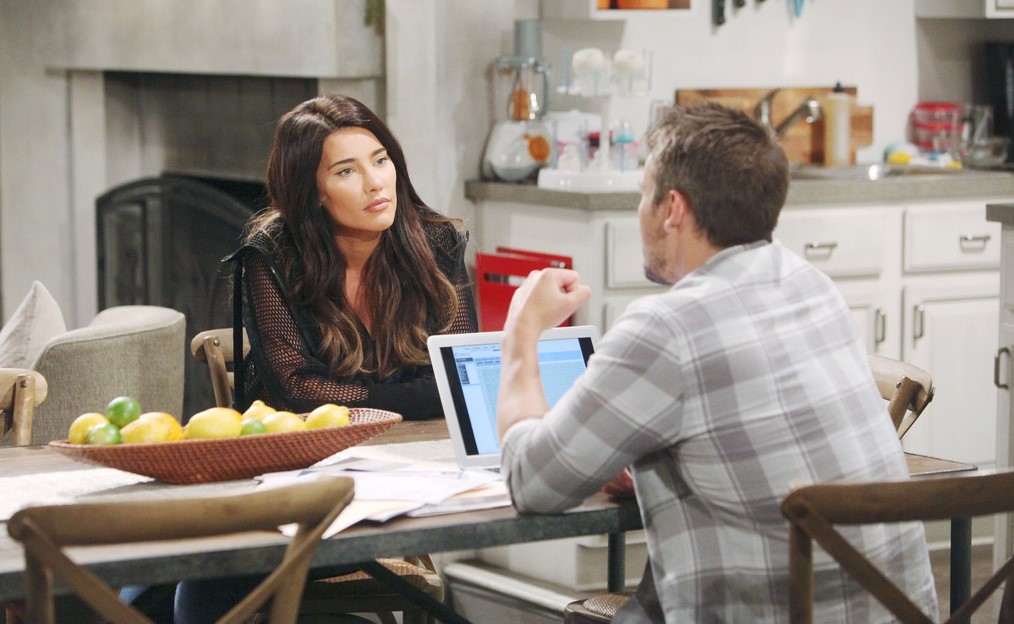 The Bold and the Beautiful spoilers tease that Steffy Forrester (Jacqueline MacInnes Wood) and Hope Logan (Annika Noelle) will soon find themselves in a familiar place. It’s been a while since these two had an on-screen interaction – in fact, B&B viewers haven’t seen them together since Hope took Beth Spencer (River Davidson and Madeline Valdez) and left the cliff house after the big reveal. Clearly, it’s been best for the two to be apart as Hope reunited with Beth and Steffy adjusted to life without “Phoebe Forrester.”

Well, soon it seems that the two ladies will be back in each other’s orbits. According to B&B spoilers, they’ll soon have an interaction and it won’t be good – in fact, it will be downright contentious. Exactly what precipitates the argument remains to be seen, but according to B&B spoilers, Liam Spencer (Scott Clifton) will take Beth to see Steffy shortly before the big argument goes down. Perhaps Hope will find out that Steffy spent time with Beth and she won’t like it.

That’s likely the case, since it seems that Hope and Steffy’s argument will be in part about Beth. It looks like they might start out having a civil discussion, but that the whole thing will turn into a huge blowup when they start engaging in a comparison of their respective losses. That doesn’t sound good, and it will probably be a futile comparison anyway. After all, it seems impossible to compare Hope’s loss of Beth to Steffy’s loss of Beth – they’re just such totally different situations.

After all, Hope was led to believe that Beth had died, which will seem way more serious and devastating to her than Steffy’s loss of a child that she never gave birth to. But Steffy will likely argue that even though she didn’t give birth to Beth, she still loved her with all of her heart, just as if she had given birth. Still, Hope probably won’t appreciate the comparison since she thought Beth was dead.

And then it seems that the discussion will come back to a familiar place…to Liam. According to B&B spoilers, Hope and Steffy will rehash their fight over Liam. Hope may have something to say about Steffy sleeping with Liam a while back – something Steffy probably won’t feel like she has to make any apologies for, given that Hope is the one who pushed Liam out of her life in the first place. Steffy may point out that Hope really shouldn’t be complaining now, given that she ultimately got both her daughter and Liam back.

At any rate, it looks like we’re in for quite the argument, and for a renewed battle between Hope and Steffy. It’s really unfortunate, since they have two daughters who need each other and since this argument will probably signify the beginning of more conflict for Hope, Steffy, and Liam. Now’s a time when they all need to be coming together for the sake of their kids’ relationship to each other – let’s hope that they get things worked out in good order.

Do you think that Hope and Steffy’s argument are a bad sign for things to come in their extended family? Stay tuned to the CBS soap and don’t forget to check Soap Opera Spy often for the latest Bold and the Beautiful spoilers, updates, and news.