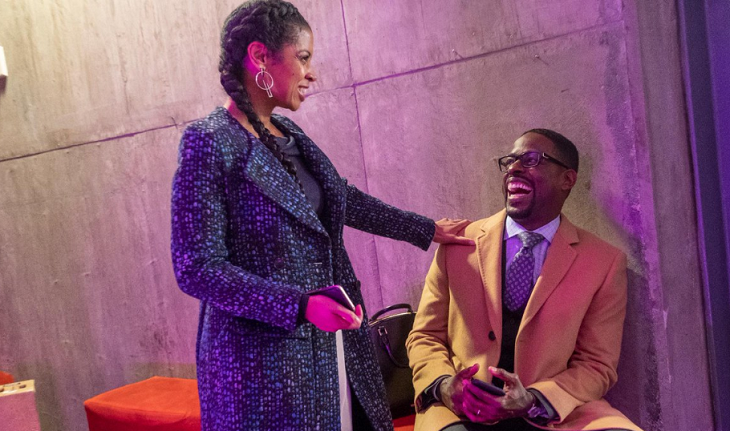 Whenever Beth Pearson (Susan Kelechi) and Randall Pearson (Sterling K. Brown) of “This Is Us” are mentioned, viewers immediately think #couplegoals. But each is also their own person and the things they want for themselves are creating tension in their relationship.

Fans may recall that Beth is fuming with anger after Randall left an angry voicemail on her phone. Randall thought Beth stood him up at an important meeting when in fact she was stuck in traffic and had to make some sacrifices just so she could be with him that night.

He was furious when he left the message where he said Beth was “teaching bored housewives to twirl” and that she need “to grow the hell up.” Now, here comes the preview for next week’s episode.

This Is Us Spoilers – Fans Concerned About Couple’s Uncertain Future

With both seemingly unwilling to give up their careers, fans are worried the couple they love to watch will end up divorcing. Now that the show has recently released an emotional promo for next week’s episode, many are concerned Beth and Randall won’t be able push past their differences.

The promo for next week’s This Is Us episode began with Beth and Randall in a heated argument. Beth says they have been “having the same fight since they met” as flashbacks of some of their best memories together were being shown including their emotional wedding ceremony.

Although Randall tries to explain he wants Beth to have her own life, the Mrs. doesn’t seem to believe any of the things he says. She insists she won’t give up what she loves to do and the promo ends with Beth asking her husband: “Now what?” That question has sent shivers down the spine of many viewers while others wept because this could really mean the end of it all.

This Is Us Spoilers – Will Beth And Randall Pearson’s Marriage Survive?

Fans of This Is Us took to Twitter to express how they felt after seeing the preview. Some said it made them cry while others are worried to see the couple break up next week. Plus, Sterling K. Brown does not seem too sure about Beth and Randall’s future.

“We’re gonna go through some lows with Beth and Randall… But hopefully, we’ll see how they’re able to navigate those and make it through to the other side. Hopefully,” Brown said, in an interview with Good Housekeeping.

However, his recent tweet gave a lot of This Is Us fans hope that they might not get a divorce after all. In his post, he shares a photo with Susan Kelechi and captioned it: “Pops said it best. ‘You find your soulmate, you get married, you stay together until you die. Period.’ #ThisIsUs.”

Maybe they’ll get past this and work things out. After all, we all want Beth and Randall to be happy, right?

General Hospital Spoilers: Will Michael Be Able To Save Kristina?