General Hospital Spoilers: Will Michael Be Able To Save Kristina? 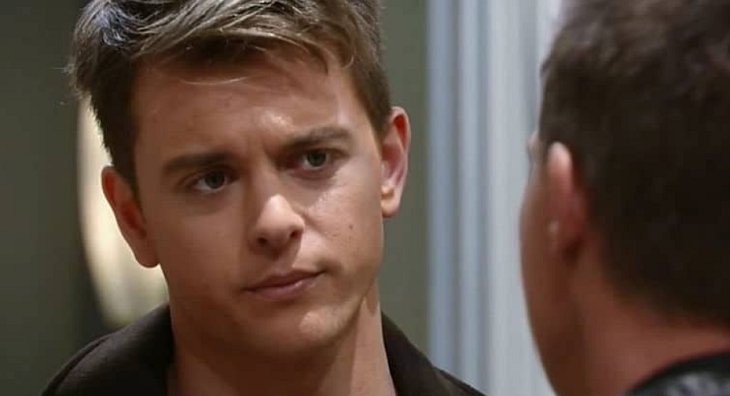 General Hospital spoilers tease that Michael Corinthos (Chad Duell) will become more frantic than ever to get his sister Kristina Corinthos-Davis (Lexi Ainsworth) out of the Dawn of Day cult. He wants her away from Shiloh Archer (Coby Ryan McLaughlin), especially after Willow Tait’s (Katelyn MacMullen) strong reaction to hearing Michael’s sister was there. She immediately told him to get her out of there and in a terrified voice at that!

Michael’s not in the loop about Jason Morgan (Steve Burton) and Sam McCall’s (Kelly Monaco) plan to get Kristina out of the cult. If he were, he may not feel like such a lone ranger in this rescue. So who will he share his concerns with?

WATCH: Shiloh talks Kristina into telling him her deepest, darkest secret… something Willow seems to know more about than she's letting on. #GH55 pic.twitter.com/Ty7e5BhLmI

Other General Hospital spoilers tease Sonny and Alexis Davis (Nancy Lee Grahn) will talk about a mutual situation soon. This has to be about Kristina since Sonny is her father and Alexis is her mother. On the Thursday, March 22 episode of General Hospital, Kristina banned both Alexis and Molly Lansing-Davis (Haley Pullos) from her life.

This was because they didn’t agree with every single thing she said. It turns out Molly was right – Kristina only thinks Shiloh’s thoughts, not her own. Kristina no longer holds her own opinions or thoughts about anything, only Shiloh’s. She needs to be rescued from the cult, before she cuts off everyone on the outside.

This is how most cults operate. They indoctrinate people with the leader’s thoughts and opinions, and draw them away from family, friends, and anyone else with thoughts or opinions that run counter to those of the leader’s.

That way they are only surrounded by other clones of the leader, with the leader’s thoughts and opinions. They think it is by their own choice, but it’s really not.

As Molly very succinctly put it, they are brainwashed! If the leader has dirty work to be done, he or she can easily have one of their “disciples” do the dirty work. Then they accept the consequences if caught by the police or other authorities.

The Dawn of Day cult, and Shiloh himself is shaping up to be very dangerous. There is more and more evil going on behind the front of a charitable organization. Stay tuned to General Hospital and keep checking General Hospital spoilers frequently to see what happens with Kristina, Willow, Shiloh, and the Dawn of Day!