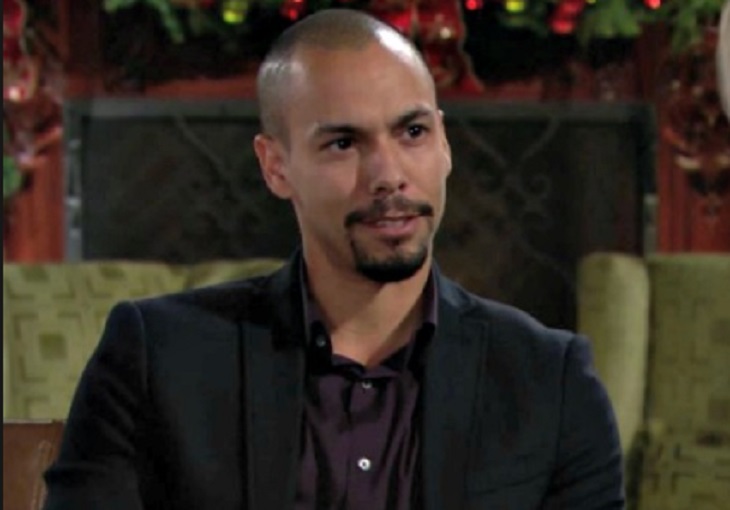 The Young and the Restless (Y&R) star Bryton James celebrated 15 years playing Devon Hamilton on the CBS soap opera. Over the past 15 years, Devon has gone from a homeless teen to a billionaire trying to overcome two heartbreaking losses in less than a year. Now, Hamilton is on the road to recovery with a new outlook on life and a new woman.

James was stunned at first that his fans accepted Brytni Sarpy, who plays Elena Dawson, with his character after so many people were such fans of Hilary Curtis (Mishael Morgan) and his pairing. He expected the Y&R fans to not accept it and to protest. Instead they supported it and seemed to want the couple to get together.

Young And The Restless Spoilers – Devon And Elena’s Relationship

Bryton thinks that the reason the fans are receptive to Sarpy’s character is because the show waited about a year before they introduced a new love fir Devon. They let him grieve and miss his wife. It is a realistic timeline for anyone who has been through a major loss.

The Young and the Restless spoilers say the heartbreaking moments for many of the viewers was when he took off his wedding band to go on a date with Elena at Society’s opening, only to find out later that night that his father, Neil Winters (Kristoff St. John) had died.

The advantage of Elena and Devon’s relationship is she is very grounded, much more than Hilary was and more than he is. So, she keeps him stable and she would be great for him. That’s not to say they won’t have their share of drama ahead, it will be a different kind of drama than he had with Hilary, who by all accounts was volatile and full of spite.

Young and The Restless Spoilers: What Is Chelsea’s Real Reason For Turning To Nick? @celebratesoaps https://t.co/9h5Z6W8gfK

Young And The Restless Spoilers – On Losing Kristoff St. John

Bryton said that when reflecting on his past 15 years on Y&R, he never expected Kristoff St. John to be gone. He thought they’d have 20 or more years together. His loss has been difficult for him and the rest of the cast to accept. Now, he’s carrying the torch for the Winters family and he hopes he won’t disappoint Kristoff, who he knows is watching them from above.

Bold And The Beautiful POLL: Will Hope Be Able To Stop Thomas? Vote Now!