Bold And The Beautiful POLL: Will Hope Be Able To Stop Thomas? Vote Now! 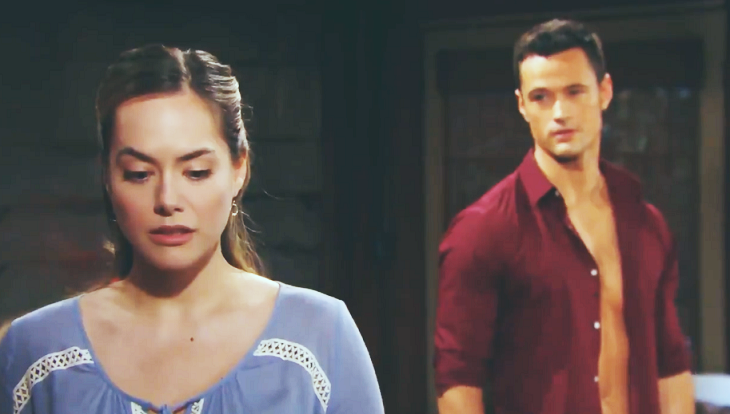 Hope Logan (Annika Noelle) finally appears to have seen through Thomas Forrester’s (Matthew Atkinson) on ‘The Bold and the Beautiful’. Whether she still chooses to view his behavior as benign is important. At this point in the storyline, Hope may be the only person capable of truly stopping Thomas.

In his mind, Thomas actually loves Hope. Hopefully he won’t put her, or Douglas Forrester (Henry Joseph Samiri) in danger in the near future.

Thomas’ plan to have Douglas present Hope with the engagement ring had an effect. Hope has convinced herself that she needs to move forward with her life now that Liam Spencer (Scott Clifton) informed her that he reconnected with Steffy Forrester (Jacqueline MacInnes Wood).

The influence of atmospherics caused Hope to be especially reminiscent recently. The Fourth of July celebration reminded her that one year ago she told Liam that they were going to have a baby. Sadly, that event turned into a perceived tragedy.

An increasing number of people have learned about what Reese Buckingham (Wayne Brady) did on Catalina Island and how Flo Fulton Logan (Katrina Bowden) served as his accomplice after the crime.

Emma Barber (Nia Sioux), paid with her life due to Thomas having forced her off Mulholland Drive. He did that because she was trying to get to Hope in order to tell her that Beth Spencer (Madeline Valdez and River Davidson) is alive as Phoebe Forrester.

Bold And The Beautiful Spoilers – Is Hope Logan The Victim And Heroine?

It feels as though B&B may be establishing Hope as both the victim and the heroine. She’s proven capable of surviving far worse that Thomas’ current manipulations.

Thomas is likely to increase his efforts if Hope doesn’t agree to get married right away. The longer she resists, the more likely he is to drop the mask he’s held over his emotions.

Brooke Logan Forrester (Katherine Kelly Lang) and Liam have been trying to get through to Hope. But it seems as though Noelle’s likely endangered character will need to be the one to convince herself that Thomas is a real threat. Unless someone else is written into the reveal, Hope seems to be a good character bet as the person who stops Thomas.

Fans of ‘The Bold and the Beautiful’ rightfully express their opinions on a regular basis. So, will Hope Be Able To Stop Thomas? Please vote in our poll below!