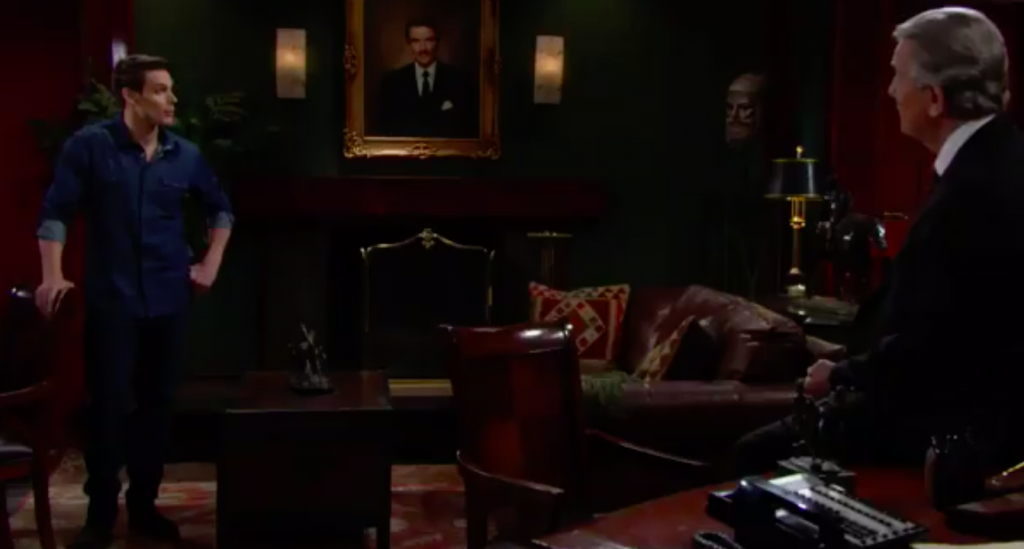 The Young and the Restless spoilers indicate that Adam Newman (Mark Grossman) has so far had one heck of a ride ever since he returned to Genoa City.

Y&R Spoilers: Adam Newman Slowing Reconnecting To His Past

He’s slowly but surely reconnecting with the past. However, there’s someone out there that wants him dead. After Adam decided that he wanted to leave Genoa City for Las Vegas, he was shot at point black range. Clearly, not everyone is happy seeing him back home.

Victor Newman (Eric Braden) now has a mission to protect his son and he’s willing to do whatever it takes to make that happen. He already lost Adam once and he’s not about to lose him again.

Young And The Restless Spoilers: Family Means Everything To Victor Newman

The Young and the Restless co-head writer Josh Griffith tells Soap Opera Digest in an interview, “Family means everything to Victor. He realizes that he has a second chance to repair his relationship with Adam, so he is taking this opportunity very seriously.”

And while there’s no doubt that Adam Newman has caused plenty of problems in the past, Victor is willing to give him another chance. He wants this to be an opportunity for him to grow and hopefully stay with the Newmans.

Griffith adds, “Victor is hoping that Adam’s return from the dead is a fresh start for the family’s relationship with him. Victor is very disappointed that the rest of the family is not so easy to forgive and forget.”

It’s a fact – there’s nothing like #YR. ❤️ Don’t miss all of the drama and romance this week! pic.twitter.com/ic2E9JIbMC

After all, a lot of people – including Nick Newman (Joshua Morrow) and Billy Abbott (Jason Thompson) haven’t been very enthusiastic about Adam’s homecoming. They are well aware of what kind of two-sided person he can be and want to make sure that he is not going to do any further harm to those they love the most.

And while Victor might be willing to welcome his son back to the family with open arms, not everyone feels the same way as he does. Of course, fans will have to tune in to find out what will happen next! The Young and the Restless airs weekdays on the CBS network. Check your local listings for times.