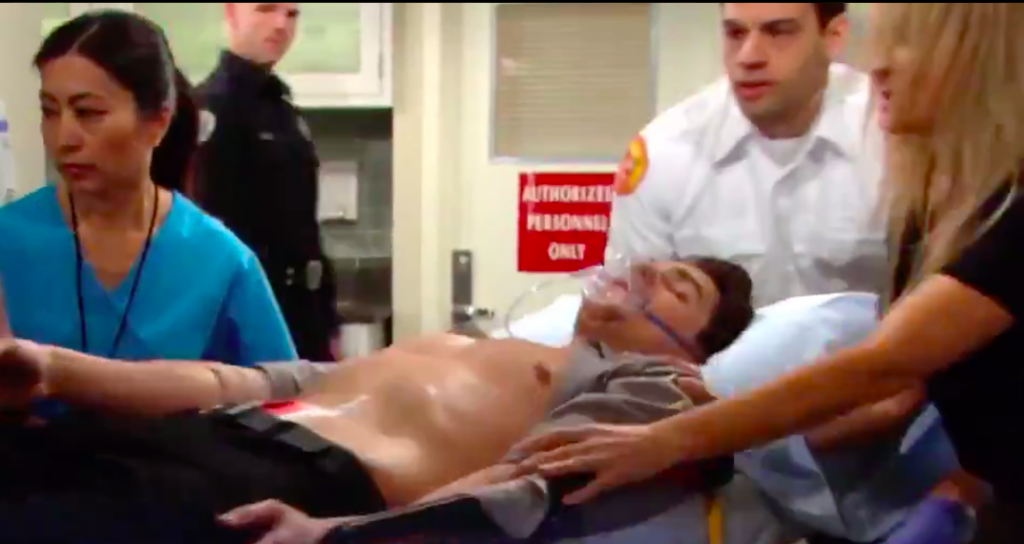 The just-returned Adam Newman (Mark Grossman) was told that he killed Delia Abbott (Sophie Pollono) on ‘The Young and the Restless’. Chloe Mitchell (Elizabeth Hendrickson) and everyone else believes that as well.

But finding Delia’s scarf in Adam’s wheel well didn’t prove him guilty when Michael Muhney embodied the seemingly doomed character. That piece of so-called evidence still doesn’t now that he looks like Grossman.

There are various ways that Y&R could write Adam into a full exoneration storyline. As the headline implies, that’s the twist that may be happening. But a great redemption tale would have a returned Hendrickson involved in a dialogue exchange that acknowledges and admits that Adam did not hit Delia on that dark road in October 2013.

Young And The Restless Spoilers: With Various Actors Portraying Adam Newman’s Character The Writers Are Working With The New Actor

Viewers have been told that Adam did it. The various editions of this character, including Muhney, Justin Hartley and now, Grossman, believe it. So why wouldn’t everyone else? That, along with no counter evidence indicates that the past is cemented.

Well, soap operas have the ability to bend reality. Therefore all factual plot points that can be pulled out about whatever Adam was shown doing way back when can be enhanced with newly created backstory.

Adam’s fabled black sport utility vehicle did pick up a piece of Delia’s Halloween costume. But that could have come after another car struck and killed Chloe and Billy Abbott’s (as then played by Billy Miller and now played by Jason Thompson) beloved daughter, who’s often been referenced in the years that have passed since her shocking death.

Y&R Spoilers: Adam Newman Has A Villainous Past

The scene with Grossman, Thompson, and Amelia Heinle (Vickie Newman) underscored this important part of Adam’s villainous history, as the Delia event was brought up again. Her photo was the visual prop that reopened this wound.

Billy’s hate for Adam was evidenced through Thompson’s eyes in one of his more vulnerable scenes in recent memory. The true greatness of the Delia storyline is affirmed through each connected actor’s performances whenever this topic comes back.

Assuming the twist scenario is used, Chloe’s rage will slowly burn away. Of course, the same would prove true for other connected characters in varying ways.

It would be outlandish to have Chloe come to love Adam. But having her forgive him would be okay.

Days of Our Lives Star Stephen Nichols Gets A Huge Surprise On Set!