Young and the Restless Weekly Spoilers May 20 To May 24: Victor Pleads With Adam- Rey Asks Sharon To Take Next Step- Phyllis Makes Bold Move 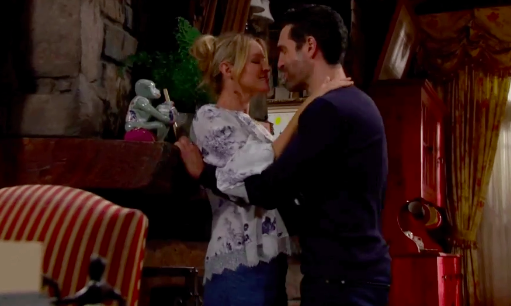 “The Young and the Restless” (YR) spoilers for the week of Monday, May 20, 2019 through Friday, May 24, 2019 tease that “It’s a fact there is nothing like Y&R, from the drama to the romance. It’s no wonder it has won 8 Daytime Emmy Awards.” We have a very exciting week heading our way and you will not want to miss a moment of the action!

Y&R Spoilers: We See Where Adam Newman Was Shot

In the newest CBS “The Young and the Restless” promo video we see where Adam Newman (Mark Grossman) was shot and Victor Newman (Eric Braeden) will be terribly affected by this and will beg his son not to die on him. Victor will send Victoria Newman (Amelia Heinle) and Nick Newman (Joshua Morrow) a message letting them know that their brother was shot and is in the hospital.

Victor will be upset when they don’t share the same disappointment as he does. Victor will stick by Adam’s side and will wait for him to come out of surgery. Once Adam comes out of surgery Victor will hold vigil by his bedside and speak to his son and vows not to let anyone hurt him ever again. Adam will come to and say, “Dad?” Adam will begin to get his memories back. Are you Y&R fans happy that Adam is back? 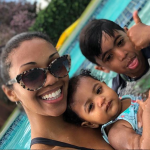 Young And The Restless Spoilers: Rey Rosales Will Ask Sharon Newman To Take The Next Step In Their Relationship

Meanwhile, Rey Rosales (Jordi Vilasuso) will ask Sharon Newman (Sharon Case) to take the next step in their relationship which is moving in together. Rey and Sharon have become very close here lately and have supported one another in everything they have went through.

Rey wants Sharon to know just how much she means to him and wants them to be able to spend every night together and wake up beside one another. It appears Rey will probably be moving into Sharon’s place because we all know she is not going to want to leave the ranch. Do you Y&R fans think that they are moving too fast?

It’s a fact – there’s nothing like #YR. ❤️ Don’t miss all of the drama and romance this week! pic.twitter.com/ic2E9JIbMC

Abby Newman (Melissa Ordway) will be wooed by Nate Hastings (Sean Dominic). As you can see we have a very eventful week coming up, so make sure to stay tuned to CBS “The Young and the Restless” to see how this all unfolds. Don’t forget to check often with Soap Opera Spy for all your latest spoilers, news, updates, and much more!

Bold and the Beautiful Weekly Spoilers May 20 To May 24: Steffy Returns- Thomas Continues To Manipulate Hope- Hope & Liam’s Marriage Crumbles