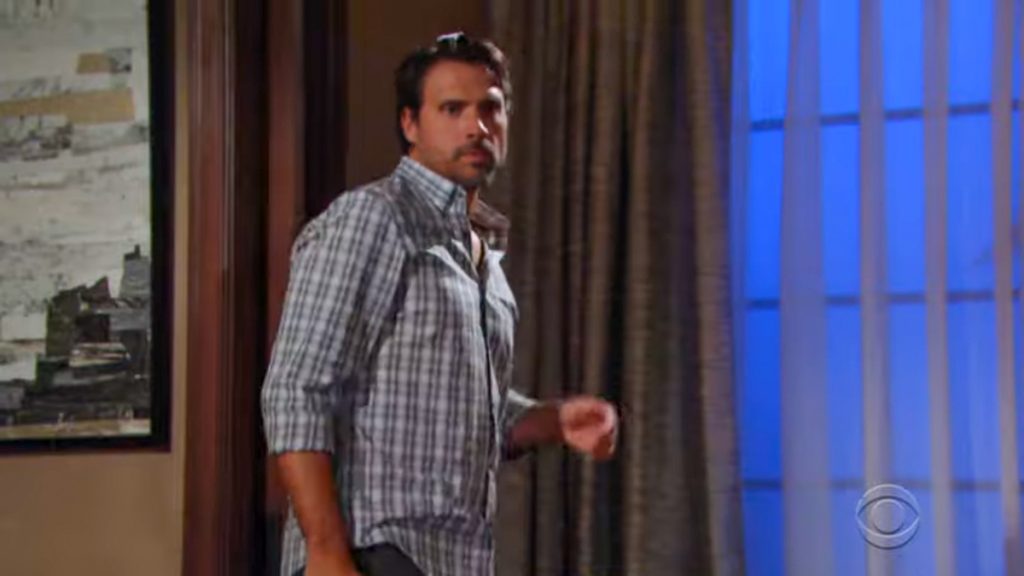 The Young and the Restless spoilers for Monday, October 14, tease that Chelsea Lawson (Melissa Claire Egan) will have more problems with Connor Newman (Judah Mackey), who will have refused to go to school and tried to lock himself in the bathroom. Nick Newman (Joshua Morrow) will offer to help, and Chelsea will consider taking Connor out of school, which Nick won’t think is a good idea. They’ll ultimately agree that Connor should talk with Sharon Newman (Sharon Case) again.

Meanwhile, at Crimson Lights, Rey Rosales (Jordi Vilasuso) will inform Sharon that Mia Rosales (Noemi Gonzalez) and Arturo Rosales (Jason Canela) had their baby, then he’ll ask her on another date, but she’ll say no because the last time it didn’t end well.

Rey will want to try again. Nick will arrive and talk with “Tammy” (Gillian White), who is a councilwoman – she’ll ask Nick if he would consider replacing another councilman who will be stepping down. Nick will say that he’ll consider it.

On the patio, Chloe Mitchell (Elizabeth Hendrickson) and Billy Abbott (Jason Thompson) will see each other and acknowledge the day – it’s the anniversary of the day they had to say goodbye to Delia Abbott (Sophie Pollono). They’ll discuss how they need to honor Delia by making the most of their lives.

Next on Y&R, Jack Abbott (Peter Bergman) and Traci Abbott (Beth Maitland) will work on their Abbott family book – they’ll go back and forth about how they want their book to be, as well as discuss the anniversary of Delia’s death. Jack will then get a call indicating that Dina Mergeron (Marla Adams) has been hurt at the memory care facility, and he’ll rush off.

Meanwhile, at The Grand Phoenix, Kevin Fisher (Greg Rikaart) will tell Chelsea that her money is being laundered, which she’ll thank him for. Chloe will arrive and Chelsea will give her a hug and they’ll discuss Delia as well as Connor’s current difficulties. Later, Esther Valentine (Kate Linder) will show up, as Kevin thought that Chloe should be surrounded by people who love her today. Chloe will say that she knows where they should go.

Next on Y&R, at Nick’s house, he’ll call Connor into the room to see Sharon, and they’ll spend a little time together. Sharon will bring up Adam Newman (Mark Grossman) and Connor will say that he lied. When Chelsea comes home, Connor will shout that she’s a liar, too. Later, Chelsea and Nick will talk, and Chelsea will say that she’s scared because she looked in Connor’s eyes and saw Adam. They’ll then hear something break and Connor will yell.

At Society, Jack will have Dina with him. Turns out, she just sprained her arm and will be fine. Dina will stay quiet as Jack tells her about the book he’s working on with Traci. He’ll mention the time when she was dating his father, and she’ll mention a man named “Stuart” who became a newspaper man before becoming confused and asking to go home.

Next on Y&R, Billy will get a call from Victoria Newman (Amelia Heinle), and then will get a text from Victor Newman (Eric Braeden), indicating that they need to discuss the night Billy tried to kill Adam.

Back at the Abbott house, Jack will tell Traci about Dina’s statement about “Stuart,” who was a newspaperman. Traci will think that she may have meant Stuart Brooks, who was in one of the photographs from the country club. Traci will say that if there’s a connection between Dina and Stuart Brooks, then she’ll find it.

Finally, on Monday’s new episode of Y&R, Billy, Chloe, Esther, and Kevin will be at Delia’s tree in Chancellor Park. Jack and Traci will arrive. Chloe and Billy will share their thoughts about Delia, and Jack will say that a tree is a fitting symbol for Delia. They’ll all join hands, as Billy tells Delia’s spirit that they all love her.