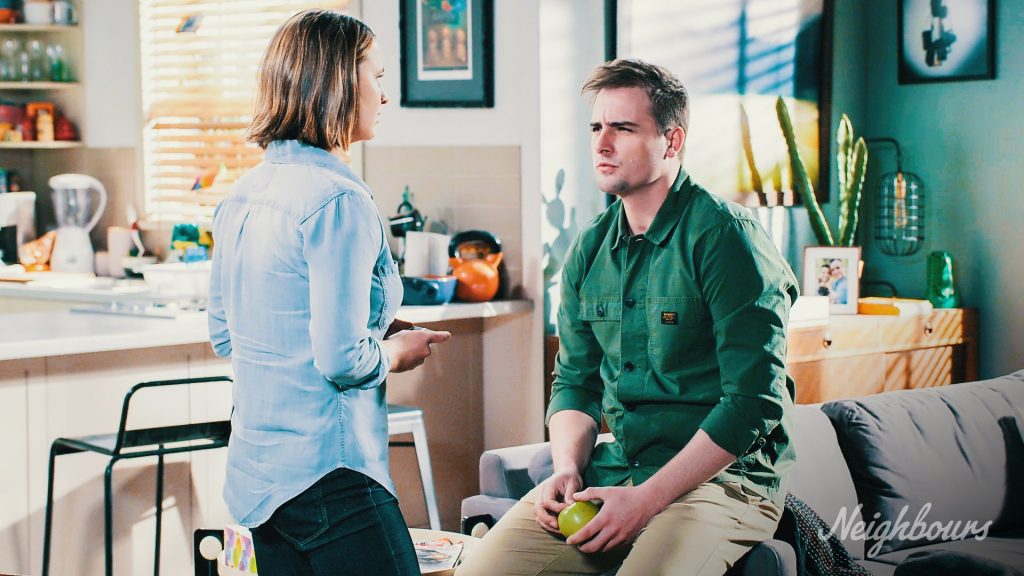 Their worst nightmare is about to come true as Kyle Canning and Amy Williams’ sex tape is uploaded to the internet.

The professional careers of Amy and Kyle are about to be ruined, as well as Terese Willis and Paul Robinson’s.

Last week, viewers watched as a camera was discovered hidden away in one of the Lassiter’s bedrooms. After doing some investigating, Paul was led to believe that the camera was old and had not been recording for some time, leaving his business and family safe. However, in scenes airing next week, Amy and Kyle find out what fans already know – the camera has been recording the whole time and has taken a video of the couple enjoying an intimate night of passion.

To make matters worse, Paul and Terese soon find out that the video has been sent to a major newspaper, just when Amy is preparing herself for a vital presentation which she is hoping will land her an important project-management job. If that wasn’t enough to cause her stress, she also discovers that the video has been uploaded to the internet too. With the events taking their toll, Amy messes up her presentation.

With Amy and Kyle having to deal with their video causing a stir online, Terese can’t help but feel guilty for knowing that secret cameras were placed in the hotel three years ago, and subsequently covering it up. She honestly did believe that she had removed all the cameras and destroyed all the footage at the time, which were placed there by Ryan Prescott in a sick scheme to extort Terese. But after discovering that she was wrong, Terese decides that it’s time to give a full confession.

How will her family react?

Tune into Neighbours from Friday 1st November to find out!

Days of Our Lives Spoilers: What to Expect During the Halloween Episode – Is It All a Dream?