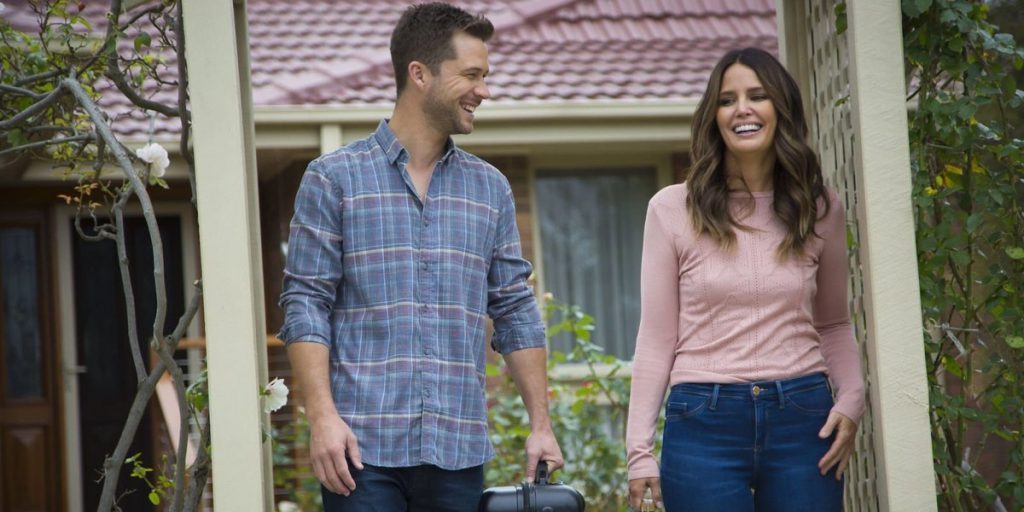 Neighbours spoilers reveal new love interest for Mark Brennan – and it’s not who viewers would expect!

Official spoilers have revealed that Roxy Willis is to become Mark’s next love interest!

Mark (Scott McGregor) has had a real tough time of it lately. His wife cheated on him with his sister, then proceeded to start dating her following their annulment. It’s not been easy for Roxy (Zima Anderson) either, who was dumped by her conman ex-boyfriend shortly before her parents divorced.

It’s only natural that the pair need a bit of fun, which is why they turn to each other next week. Starting a steamy fling is just what they both need – a no-strings attached arrangement is perfect to help them both move on from their failed relationships.

The storyline begins next week when Roxy berates Mark for celebrating his birthday in the Back Lane Bar, rather than trying to track down the con woman who tricked Leo Tanaka out of thousands of dollars of business money. Roxy purposely spills a drink all over Mark’s trousers as a childish way to get revenge. However, he quickly seems to get over the incident when the two of them end up heading back to Mark’s place together.

Afterwards, Mark asks if the hook up can stay between them, as it was just a one off occurrence. Roxy agrees to keep it a secret but has no intention of it being a one-off, and it’s not long before she manages to seduce him again…

#Neighbours Spoilers: Shane And Yashvi Argue Over Her Relationship With Ned @celebratesoaps https://t.co/kf6ZbiV7LV

Details of Mark’s new potential romance come shortly after the announcement that he will be leaving the show in upcoming months. Maybe his new found romance leads to his departure from Ramsay Street?